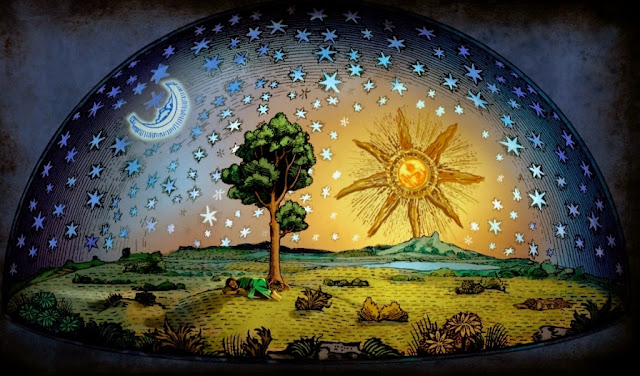 This world is perishable and so also is all that pertains to it. A wise man is he, who, having closely examined the nature of existence here, has realized that it is all transitory and illusory, and consecrated his human form by devoting himself to Bhajan and Simran (listening to inner sounds during meditation practice), and repetition of the Holy Name of the Supreme Being, and who, taking the fullest advantage of the various faculties which the Supreme Father has graciously endowed him with, has translated the invaluable jewel within him, which is Surat (spirit [see note below]) or the essence of his being, to its Original Abode [Realm].

1. The soul or spirit is known as Surat or Ruh. It has descended from the highest region, that is, the regions of Sat Naam and Radhasoami, and has taken location in this body. It has got enmeshed here in the mind, the three Gunas (attributes), five Tattwas (original conditions of matter), ten Indriyas (senses and organs) etc. and so tight are the bondages of the body and things connected therewith that it has become difficult for it to extricate itself. Freedom from these bondages is called Moksh (liberation). Inner bondages are the mind, indriyas, tattwas, etc., and the external bondages comprise property, family and kinsfolk. The soul, that is, spirit, is so much entangled in these two kinds of bondages that it has even lost consciousness of its original abode. So remote is the destination that it is now difficult for it to return to its original abode without the Mehar (grace) of a perfect guide. Now, all that a man has got to do is to take his Surat (spirit) back to its reservoir and place of origin, that is, Sat Nam and Radhasoami. Until this is attained, there can be no escape from joys and sorrows and pleasures and pains of this world. (Radhasoami Satsang, Agra)

This jagat (phenomenal world) is perishable (nashman) and all its causes and effects are also perishable; that the wise and shrewd man is he who having carefully examined the burden of its activities (karobar) and having discovered that this is a fantasy world (kalpit) and mythical (mithya), has fruitfully and gainfully employed this human body (and its related instruments and material) in the remembrance (sumiran) and contemplation (bhajan) of the Absolute Lord; that having benefited from things with which the Supreme Doer (the Absolute Lord) has equipped this human frame, he has restored his invaluable core (jauhar-i-be-bahaa, i.e. the quintessence of his being or tattva vastu which is the surat or jivatma) into its real, original abode – the Radhasoami Sphere whence it descended.

1. Jagat (the embodied spirit), i.e. surat*** is called as ruh (literally, breath or perfume). And having descended from the highest sphere, i.e. the sphere of Satt Naam and Radhasoami, it has come to abide in this body. And it has got tied up with three gunas (sattva, rajasa and tamas corresponding to oxygen, hydrogen and nitrogen respectively) and five elements (ether, air, fire, water and earth), and ten indriyas (five instruments or senses of knowledge and five of action or karma indriyas) and mind, etc.

Such bonds (bandhan) have come about between it (i.e. Surat) and the body (sharir) and its related objects of pleasure (padara- thas) that release from them has become quite difficult. This release is called moksh (emancipation). The internal bonds refer to cords that bind the surat with senses, elements and the mind. The external bonds imply the strings which tie up the surat with object of pleasure, family and clan (qabila).

In both these bonds, the jivatma has become so entangled that it has lost all remembrance and consciousness (denoting or relating to a part of the human mind that is aware of a person’s self, origin and history, environment, and mental activity) of its real abode. Its destination (original abode) has become so distant that its return to its original abode has become extremely difficult without the grace of the perfect murshid or Satguru. All that man has to accomplish is to take back his surat or ruh to its head spring and source, i.e., the spheres of Satt Naam and Radhasoami. Until and unless this task is accomplished, there can be no release from the worldly gaiety and grief (khushi and rani) and all the pains and pleasures pertaining to this (phenomenal world). (The Quintessential Discourse Radhasoami, M.G. Gupta)

_______
***NOTE: “Surat”: The surat is a drop from that Ocean – The Supreme Radhasoami. Anami, beyond space and time, void of vikalp, of boundary, of lineament (roop-rekha), of motion, of modification, of within and without, the Formless, even Soundless and Nameless, in a State of perfect bliss – “So Am I”. When surat assumes body and form, it becomes known as jiva (soul, entity) or jivatma. (M.G. Gupta)

Posted by SantMatRadhasoami at 7:13 AM Links to this post