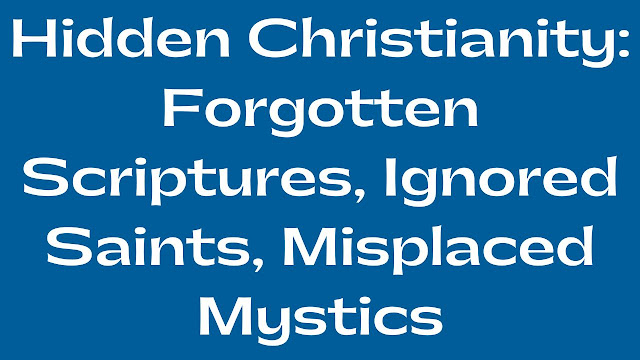 "Contend earnestly for the faith once delivered to the Saints." (from the Book of Jude)

The Septuagint Greek translation of the Jewish scriptures, made for the Library of Alexandria, was literally "The Bible" of early Christianity, and it included several additional texts (Apocrypha) not found in other Bibles. A translation of it in contemporary English has been published.

Divine Light in the Dead Sea Scrolls: We next turn our attention to the Dead Sea Scroll discovery of Qumran, and hear selections of hymns (psalms) composed by the enigmatic prophet, who was the founder of this community in antiquity, known only as "The Teacher of Righteousness". Also mentioned is the Book of First Enoch, quoted by Jude in the New Testament, and a popular text at Qumran.

The Psalms of Early Christianity Are Back: The book where the Messiah perhaps for the first time begins to materialize, makes his first literary appearance in the first century A.D., is the Book of the Odes. This mysterious collection of ancient hymns written in Syriac, a dialect of the Aramaic language, has been described as "some of the most beautiful songs of peace and joy that the world possesses." These mystical poems and prayers remind me of Rumi and other Sufi poets. Sometimes I refer to the Odes as 'the would-be book of New Testament psalms', and I find the Odes to be a very spiritual book, one of the finest examples of a "lost book of the Bible" that got misnamed, misfiled and misplaced somewhere along the way. And, yes, it was viewed to be scripture in some places, such as Asia Minor, Syria/Mesopotamia and Egypt.

The Author of the Gospel of Luke Said "Many" Had Already Composed Gospels Before He Wrote His: We learn about Sayings Gospel Q, a collection of the sayings of Jesus. Quotes from it were included in several early Christian gospels. We also explore a translation containing over twenty gospels and surviving fragments of gospels from the early centuries A.D.

The Gospel of Thomas, A Wisdom Gospel or Gospel For Contemplative Mystics Seeking A Present-Tense Kingdom of God Here and Now: The Gospel of Didymus Jude Thomas the Twin, a collection of the sayings of Jesus, went missing for almost two millennia until three copies of it were almost miraculously discovered several decades ago: two sections of it written in Greek found at Oxyrhynchus, Egypt, and a more complete edition in the Coptic language discovered near a monastery not far from Nag Hammadi in Upper Egypt buried under the sands of time in a clay storage jar. This important lost book has been found again. Practically predicting it’s own rediscovery the book of Thomas says: "Know what is before your face, and what is hidden from you will be revealed to you. For there is nothing hidden which will not be revealed, nor anything buried which will not be raised." (Saying Five) Also mentioned is the possible inclusion in the Gospel of Thomas of a few sayings of Yeshua from another early Christian scripture known as the Gospel of the Hebrews.

If You Don't Want Your Saints and Mystics, We'll Tak'em! In the West, they might not be known, are not usually quoted, and their names are never spoken. Today we remember a few of the "orphan" saints and "homeless" mystics of Christianity, including those from the almost unknown community called "The Church of the East". Shared are excerpts from the out-of-this-world prayers of Joseph the Visionary.

This Spiritual Awakening Radio podcast includes a list of recommended reading: translations of the scriptures referring to above, anthologies of apocryphal writings, and also mentioned is the book, Disciples, by Keith Akers, a scholarly, rather thorough and impressive documentation of the vegetarianism of the Jesus Movement (Ebionites or Hebrew Christians).

In Divine Love, Light, and Sound, 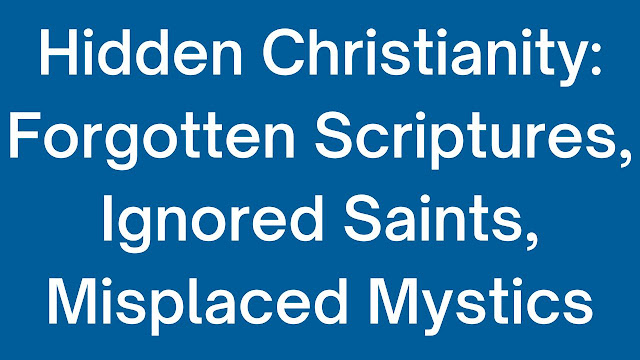 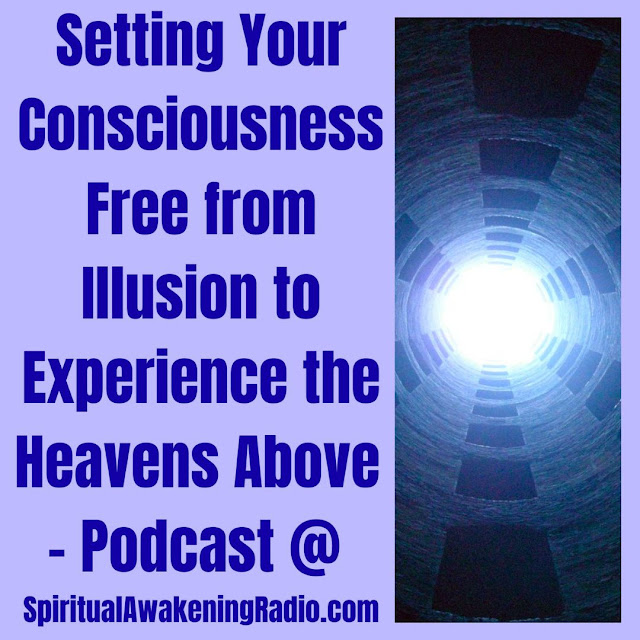 Today, readings from: Songs of Kabir, Hazur Baba Sawan Singh, The Book of the Knowledge (Gnosis) of the Invisible God, The Gospel of Judas, The Tao Te Ching of Lao-tzu, Sar Bachan Radhasoami Poetry of Soamiji Maharaj, a spiritual Satsang Discourse of Baba Ram Singh defining what is meant by inner and outer satsangs, also shedding light on the interior voyage of the soul back to it's true home beyond the lower worlds of time (Kal), illusion (Maya) and karma. Through the grace of the masters and the power of the Sound Current, the devotee (bhakta) comes to rest in the Lap of of the Supreme Father, the Beloved Radhasoami. "The soul gets very happy, and it gets connected to the Sar Shabd with the Grace of the Masters, and then that Sar Shabd takes the soul to the Sach Khand." This Sant Mat Satsang Podcast concludes with a hymn of one of the greatest bhajan singers of recent memory: Baba Somanath. "Fix your attention at the third eye. Shake off this false dream; remove duality and evil propensities from your within... The Divine Guru is the radiant form of Light: He banishes all darkness. Just like the moon rising in the night sky, He drives away the illusion of ignorance... See the Truth with your own eyes. In the blink of an eye Maya [illusion] is destroyed, and the light (of the soul) merges into the Divine Light (of Shabd)."
Listen, Subscribe, Follow @ YouTube:
https://youtu.be/JXsNLmXkKO8
@ Apple Podcasts:
https://podcasts.apple.com/us/podcast/spiritual-awakening-radio/id1477577384
@ Spotify:
https://open.spotify.com/show/5kqOaSDrj630h5ou65JSjE
@ Google Podcasts:
https://podcasts.google.com/feed/aHR0cHM6Ly9mZWVkcy5saWJzeW4uY29tLzIwNzIzNi9yc3M
@ Amazon:
https://music.amazon.com/podcasts/ca7918b0-4005-4724-a2e5-b27f51ecdba6/spiritual-awakening-radio
@ Audible:
https://www.amazon.com/Spiritual-Awakening-Radio/dp/B08K561DZJ
@ PodBean:
https://www.podbean.com/podcast-detail/2cs9c-a1297/Spiritual-Awakening-Radio-Podcast
@ The Spiritual Awakening Radio Podcast Website:
https://SpiritualAwakeningRadio.libsyn.com/website
@ The Internet Archive:
https://archive.org/details/setting-your-consciousness-free-from-illusion-to-experience-the-heavens-above
Or @ Wherever You Follow Podcasts (Apple, Spotify, Google, Amazon, Audible, Podcast Addict, PodBean, CastBox, TuneIN, etc...):
https://linktr.ee/SpiritualAwakeningRadio
Also today on this Spiritual Awakening Radio Podcast, three charming parables about beings with limited perceptions of the dimensions of space-time and yet are attempting to comprehend a vastly more complicated multidimensional cosmos: A Man Trapped in a Well Arguing with the Person Above Holding the Rope, Guru Nanak's, "Point My Feet In A Direction Where God Is Not", and India's version of Plato's Cave: The Frog in a Well. We are that frog dwelling in the "well" of our limited understanding, attempting to come to terms with accounts of vast unknown realms beyond. The Master-Power working overhead reaches out to us, attempting to show us the way forward.
There is "level confusion", as it is known, which is when human beings believe they can put God and the heavens into material confines such as temples made of wood and stone here on earth in time and space, or religious organizations residing in buildings of brick and mortar. Humanity tries to make heaven fit into tiny earthy symbolic and ritual spaces rather than taking the natural path of being souls, drops of consciousness, that rise up to the heavenly state and explore it As It Is. In the history of religion, human beings always seem to wish to bring heaven down to the earth-plane rather than leaving attachments and confines behind and ascend up to the heavens As They Are. Kabir says, "The musk is in the deer, but it seeks it not within itself: it wanders in quest of grass." Kabir is advocating the path of exploring inner space through meditation, going within the (true) temple of the human body, saying it is bigger on the inside, with vast heavenly realms of inner suns, moons, stars, and multiverses... and God... and you.
In Divine Light, Sound, and Love, Radhasoami,
James Bean
Spiritual Awakening Radio
https://www.SpiritualAwakeningRadio.com
Posted by SantMatRadhasoami at 12:18 PM