The Path to the Hidden Treasure of Spirituality Within -- Bijak of Guru Kabir, Ramaini # 37: 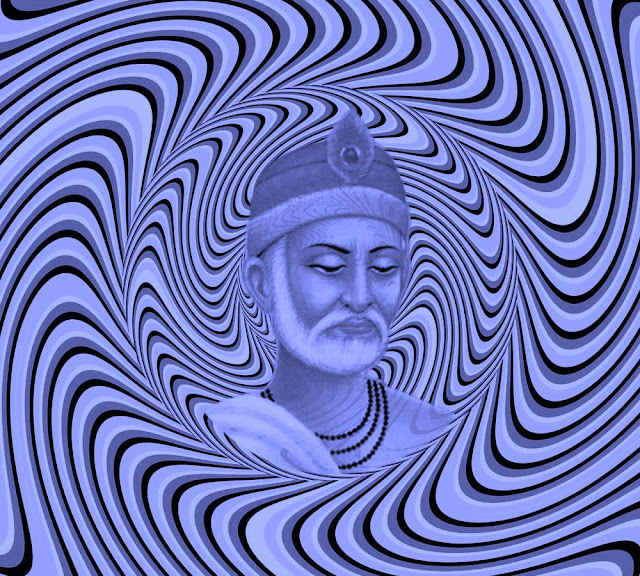 "The first clever person (non-dualist) is not clever because non-dualism and dualism have relative existence with each other.

The second clever person is preoccupied with the theory of maya (illusion - maya vadi) and is lost in maya.

The third clever person has been eaten by cleverness (ignorance covers the soul).

The fourth clever person took the people with him (the people who believe in different gods -- wandered in many heavens and hells of their own beliefs).

Who will know the fifth clever person? He enjoys the pleasures of the senses and gets lost.

All become puzzled with the sixth clever person who got lost in imagining the mind to be the soul.

O brother! If you know the seventh cleverness show it to me in the Vedas or the behaviour of the people."

"Just as a coded document shows the way to a hidden treasure, just so this bijak shows the way to realize the soul;
It teaches such words to the soul but there is seldom anyone to understand them."

This ramaini is a condensed but critical examination of the theories of the various schools of thought. These are various schools of philosophy and other belief systems which are present in India and in varying forms in all other countries. There are the Dualists and Non-Dualists as described in the previous ramaini. There is the Maya-Vadi school of thought. Kabir does not mention the names of each school but he has given several belief systems to which people adhere and accordingly lead their followers.

The various systems of belief comprise only external, philosophical knowledge. They contain beliefs in various doctrines and dogmas, rituals and ceremonies, theories about heaven and hell, belief in the mind and the soul being the same, belief that pleasure is the highest good in life, etc. None of these belief systems gives one knowledge of God which is an inner, intuitive realization of the Supreme Being as the Eternal Truth, Supreme Consciousness and the only Reality which exists without a cause. This Reality dwells within. The Saints and Satgurus do not pay attention to the wrangling and hair splitting of philosophical thoughts whether practical or theoretical. They dive directly into the Source and experience God for themselves. Thus whatever they say, becomes scripture. They do not teach philosophy, doctrine or dogma but they teach the Reality of God as the Ever-present Master dwelling within. They have no confusion about whether the mind is the soul or whether the body is the soul, or whether pleasure is the highest good in life. They have no confusion about heaven and hell. They have no confusion about maya and Reality. As long as people are preoccupied with these, they will not obtain Self Realization.

Bijak means a coded document which leads to a hidden treasure. In this Bijak Guru Kabir explains the path to that hidden treasure which is within and not visible by the objective senses. He teaches everyone to give up cleverness and argumentation, and to become humble and accept the Divine Lord dwelling within.

Posted by SantMatRadhasoami at 1:29 PM