Below are some Shabdavali: mystic verses of Param Sant Tulsi Sahib, the Great Saint of Hathras, India, Adi Guru of many if not most all contemporary Sant Mat guru-lineages, the grandfather or founding-father of modern-day Sant Mat. Since Tulsi serves as a connecting link between the classic Sants of India including earlier Masters in the Kabir lineage, and contemporary Sant Mat, any serious study of Sant Mat teachings must include the hymns and spiritual discourses of Sant Tulsi Sahib.

Some of the Shabdavali of Sant Tulsi Sahib was published in the Hindi edition of Volume Six of the book, Prem Patra Radhaswami, by Huzur Maharaj. In English this is made available in the book, Param Sant Tulsi Saheb, translated by S.D. Maheshwari, published by the Maheshwari family in Agra:
http://www.radhasoami-faith.info/Books_Frame.shtml

I am hopeful that, between the various satsang centers: Hathras, Maharishi Mehi Ashram, or perhaps Radhaswami sources, more writings of Sant Tulsi Sahib will eventually become available in English including: Ghat Ramayana, Shabdavali, Ratan Sagar, and Padam Sagar, also commentary on those volumes.

In the Love, Light and Sound of the Beloved, 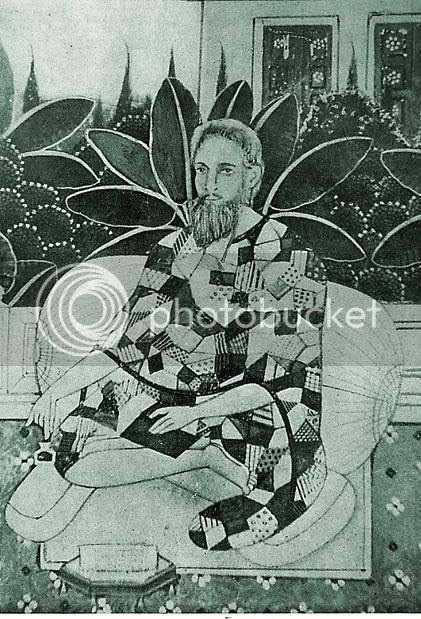 Shabd 27: The ocean of existence is unfathomably vast and without any port of safety. It cannot be crossed. If you meet Sat Guru [True Eternal Light-giver], the boatman, then only will you get across and reach your Abode. The world is a net which Maya [illusion] has cast for the Jiva [unliberated soul]. Says Tulsi that, under the sway of greed and attachment, the Jiva wanders in the transmigratory cycle.

Shabd 28: Concentrating your Surat [attention-faculty of the soul] repeatedly, remain withdrawn towards the region of the eyes [third eye center]. Cleansing the mirror, as it were, of the body and mind, let your Surat proceed on. If you get the opportunity of looking beyond, you will find the truth. Says Tulsi, if you become the dust of the holy feet of Sants [Saints, souls who have reached the Fourth Lok -- fifth plane/heaven or above], you will see Refulgence.

Shabd 29: Whosoever took proper care of his Surat, did not have any fear of Kal [time, the lord of death]. His Surat ascended, and on rushing to Gagan [inner mystic sky] reached her Lord. She met her Beloved on repairing to the Abode of Agam Purush [Inaccessible Being]. Says Tulsi, the illusions, delusions and misery of innumerable lives were thus obliterated.

Shabd 30: Says Tulsi that He will now tell of the Abode, the whereabouts, the seat and the Region of the Beloved. That the Beloved resides beyond Brahm. The region of Sat Nam (who is the Beloved) is Amarpur (Imperishable Region), an Abode of All Happiness. Tulsi says that whoever attains the fourth Lok is called a Sant. 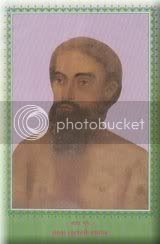 Shabd 31: All Sants say that Sat Nam [True, Eternal Name] is the beginning and the end of all. They enable Jivas to realize within themselves the secrets of the Vedas and the Shastras. There can be no escape without the help of Sants, for, who else can tell of the whereabouts of the Essence (Truth)? Says Tulsi that it is only when Surat ascends and pierces the Sky that it reaches the goal.

Shabd 32: Surat ascends and rushes within, as it beholds visions there. Taking its location at the bedstead of Sukhmana [Royal Vein, central energy current running from the third eye center into higher regions] it makes for the region of the Sunn [the Void]. He alone knows of this, who has had Darshan [Vision] of the Lord on the mirror within. Says Tulsi, the yearning oyster alone recognizes the drops of Swanti rain. 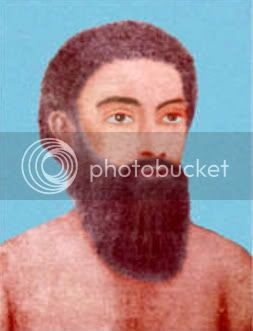 Shabd 33: Listen within day and night; you will hear blissful inner Sounds. Within everyone, reverberates Shabd [Sound Currents], about which no one knows. The Brahmand [cosmos, inner planes] is represented in the body in every respect. Says Tulsi, open your inner eyes, and the Sant will show it to you.

Shabd 34: Glittering Light shines in the region of the Sky, which only a brave one can behold. If one seeks the Truth, one will not go down the transmigratory cycle. If one meets the Merciful Sat Guru, one will come to know of all the secrets from Him. If one renders service to a Sant, he will tell one of the whereabouts of the Abode. Says Tulsi, it is only by being dead whilst alive* that one can find the Perfect Guru.

*Note: "being dead whilst alive" or "death before dying", a popular saying used by Sants and Sufi poets espousing the view that rising above body-consciousness or soul travel during meditation practice is a preparation or rehearsal for the afterlife. Hazrat Sultan Bahu: "Let us die before dying, O Bahu, only then is the Lord attained." 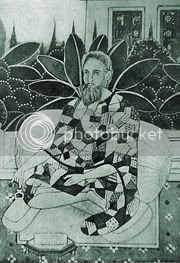 The Book of the Odes -- What it is

The Book of the Odes -- What it is

The Book of the Odes has nothing to do with the Solomon figure of the Hebrew Bible but is an example of a misnamed or pseudepigraphacal book. It appears that someone in early Christianity combined the Odes with another apocryphal book called the Psalms of Solomon with the intent of creating a larger hymnbook. As the decades and centuries passed by the Odes were eventually perceived to be "of Solomon" as well, even though they had nothing to do with Solomon. The Book of the Odes is one of my favorite apocryphal books. The Odes are at the crossroads of Essenic Judaism, Christianity including Gnostic Christianity. In fact, it's hard to really tell which group originally composed and first used this scripture. Perhaps it was the "John Community" of Antioch, those that first used the Gospel of John, Letters of John and Acts of John. Some of the Odes remind me of Rumi poetry. The Book of the Odes and the Gospel of Thomas "once were considered inspired scripture in Syria", according to the scholar Bently Layton in his book, The Gnostic Scriptures. Out of all the apocryphal writings I've collected, I think the Odes of Solomon is the most beautiful. It is the would-be book of New Testament psalms. The Book of the Odes has been described as the first known hymn-book of early Christianity. One scholar said of the Odes, "Here are some of the most beautiful songs of peace and joy that the world possesses." Bentley Layton says that the Odes were considered to be inspired scripture and were chanted by Christians who lived in Syria/Mesopotamia about 2, 000 years ago.

Who can understand love
But he who is loved?
I love the Beloved and my soul loves Him:
And where His rest is, there also am I.
(Book of the Odes)