PODCAST: A Vegetarian Jesus and Apostles at the Beginning of Christianity, and, The Gospels of the Ebionites, The Hebrew Christians -- Sant Mat Satsang Podcast & Spiritual Awakening Radio

PODCAST: A Vegetarian Jesus and Apostles at the Beginning of Christianity, and, The Gospels of the Ebionites, The Hebrew Christians -- Sant Mat Satsang Podcast & Spiritual Awakening Radio 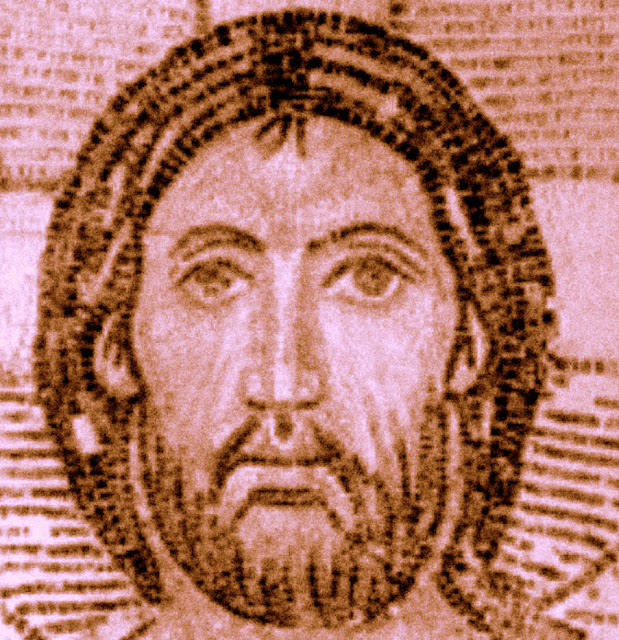 PODCAST: A Vegetarian Jesus and Apostles at the Beginning of Christianity, and, The Gospels of the Ebionites, The Hebrew Christians -- Sant Mat Satsang Podcast & Spiritual Awakening Radio With James Bean @ Youtube:
https://youtu.be/HF3cOxbRFH8

OR Listen to, and/or DOWNLOAD the Podcast MP3 Here:
https://archive.org/details/VegetarianJesusChristianityGospelsOfTheEbionites

Link to My Updated and Expanded Article: Evidence That Jesus and The Original Aramaic Christians Were Vegetarians, By James Bean (Exploring the World Religions Column):
https://medium.com/sant-mat-meditation-and-spirituality/evidence-that-jesus-and-the-original-aramaic-christians-were-vegetarians-b8784ac42506

Two Podcasts Combined to Create a Presentation Over Ninety Minutes in Length Intended to Be the Most Comprehensive Collection Ever of Vegetarian References Providing Evidence For the Vegetarianism of Yeshua (Jesus), the Apostles, the Jesus Movement (Hebrew Christians, Ebionites,) and Other Expressions of Early Christianity. An Outline, the Major Segments Include the Following:

Evidence That Jesus and The Original Aramaic Christians Were Vegetarians:

What About Those Pesky ‘Fishes and Loaves’?

Was John the Baptist Really A Bug-Eater?

Christianity Before Paul (The Original Hebrew Christians or Ebionites) and the Essene Connection -- The Essene Branch of Judaism Not Just Kosher But Vegetarian;

Thou Shalt Not Kill: The Biblical Basis For Vegetarianism: A Vegetarian Ideal Described In Genesis and Isaiah -- #AssistingIsaiah;

A Reflection About Saint Paul’s Leniency For New Converts and Mystery School Organisational Format: a two-fold or two-level approach of: 1) “Hearers of the Word”, new converts to the faith, and 2): “the Elect”, those initiates of the Mysteries of the Kingdom of Heaven more mature who were “being perfected in love and knowledge” adhering to a stricter discipline that included vegetarianism. -- Signing Up Paul to the Vegetarian Cause After All;

Uncovering a Vegetarian Jesus (Yeshua) at the Beginning of Christianity: Vegetarian Sayings of Jesus;

The Vegetarian Apostles (Leadership of the Original Jesus Movement) -- Vegetarian Quotes About the Apostles:

Peter said, “I live on olives and bread, to which I rarely only add vegetables.” Also: “The unnatural eating of flesh meats is as polluting as the heathen worship of devils, with its sacrifices and its impure feasts, through participation in it a man becomes a fellow eater with devils.” (Saint Peter, Clementine Homilies)

Matthew: “And happiness is found in the practice of virtue. Accordingly, the Apostle Matthew partook of seeds, and nuts, hard-shelled fruits, and vegetables, without flesh.” (Clement of Alexandria, The Instructor, Book 2, Chapter 1)

The Apostle Thomas: “He continually fasts and prays, and abstaining from the eating of flesh and the drinking wine, he eats only bread with salt, drinks only water, and wears the same garment in fine weather and winter, accepting nothing from anyone, and gives whatever he has to others.” (Acts of Thomas, chapter 20)

Jesus's Family was Vegetarian: James the Just, Brother of Jesus, Head Apostle and the Next Leader of the Church, was a Vegetarian: “James was a vegetarian.” (Prof. Robert Eisenman in, James the Just, The Key to Unlocking the Secrets of Early Christianity and the Dead Sea Scrolls)

“James, the brother of the Lord, lived on seeds and plants and touched neither meat nor wine.” (Epistulae ad Faustum XXII, 3)

“James, the brother of the Lord was holy from his mother's womb; and he drank no wine nor strong drink, nor did he eat flesh.” (Hegesippus, quoted in The Church History of Eusebius, book 2, chapter 23)

Church Fathers And Other Later Voices Affirming the Existence of the Earlier Veg Tradition;

“The consumption of animal flesh was unknown up until the great flood. But since the great flood, we have had animal flesh stuffed into our mouths. Jesus, the Christ, who appeared when the time was fulfilled, again joined the end to the beginning, so that we are now no longer allowed to eat animal flesh.” (pro-vegetarian early church father Hieronymus [St. Jerome] who apparently read the Gospel of the Hebrews and was influenced by Ebionite views)

Inter-Faith Love! An Ebionite Christian author had very nice things to say about those in India who worship One God, follow peaceful customs and laws, and are vegetarian or vegan.

The Gnostics Were Vegetarians;

The Vegetarian Prayer of Thanksgiving in the Nag Hammadi Library (Gnostic Gospels) and Corpus Hermeticum;

Did Jesus Travel to India? Gospel of Isa, another text I AVOID.

Real Wisdom from the East: The Spiritual and Ethical Reasons Why Saints Advocate Following a Non-violent Vegetarian or Vegan Diet;

* Seeking information on how to be initiated into the meditation practice (the Inner Light and Sound of God), or trying to locate a satsang meetup in your area? Email me here:
James (at) SpiritualAwakeningRadio (dot) com

God is the Ocean of Love.

In Divine Love, Light and Sound, Peace Be to You,
James
Spiritual Awakening Radio

Posted by SantMatRadhasoami at 5:09 PM