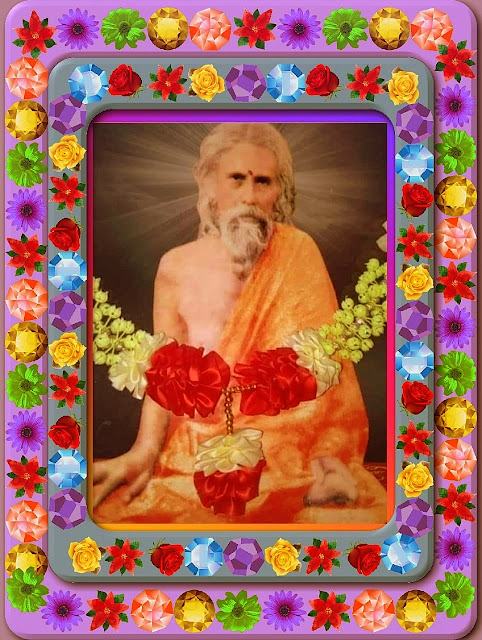 Sant Tulsi Sahib: "Within the tiny poppy seed [point of concentration] is found the abode of the Supreme Being. Focusing upon this point between the eyes [third eye], one finds the path to the Beloved. One who stills their consciousness at that point pierces through and sees the reflection of the entire universe."

The Supreme, being the Subtlest, can not be apprehended by the material sense-organs... Although, all the outward and inner tasks are performed by them, the sense-organs are material and cannot grasp the Supreme Sovereign. It is impossible to have the Knowledge of the Supreme while being in the realm of the senses or Non-Conscious nature. One must go beyond the senses and Non-Conscious nature in order to realize the Supreme. For this reason, the outward practices of devotion are of not much use in attaining direct knowledge of the Supreme. The attainment of the state of Oneness is impossible by outer means. The state of Oneness is attained by going beyond all the realms of the non-conscious nature and by moving upward within the body. Waking and dreaming are the evidence that various states exist and can be altered.

One may argue the following premises:

1. The Supreme Sovereign is all pervasive and as such is already realized; therefore, there is no need to seek It.

2. The Supreme Sovereign is pervasive only through its energies or rays. The presence of Its actual form is in a locality. If we are able to go to that locality, then we will attain It.

In response to the first argument, although the Supreme Sovereign is all pervasive, one is not experiencing It directly. It is like attempting to satisfy oneself with imaginary sweets.

Posted by SantMatRadhasoami at 10:53 AM