Kabir: "Honour those who live and speak the truth." 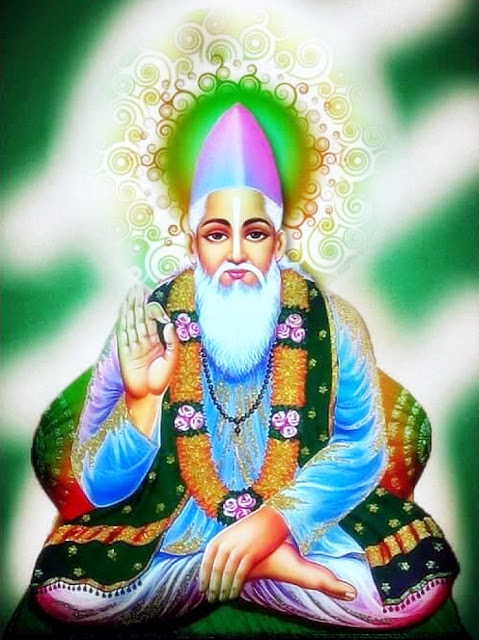 Commentary by Dr. Das: "Guru Kabir is using this belief to explain that the indwelling soul is like the philosopher’s stone, and that the world is like iron. All the physical bodies have no life or consciousness until they are touched by the soul. Once the soul dwells (touches) in the bodies, then the latter become alive and manifest consciousness and intelligence. Our goal in life is to realize the soul and truly become golden i.e. liberated."

Kabir: "O Kabir, put on the clothes of love and dance! Give honor to those who, in mind and body, uphold the Truth."

Commentary by Dr. Das: "One who I awakened to God’s love i.e. Self realized, will often sing and dance with joy. The next thing such a devotee needs to do is to honour those who live and speak the truth." (Sakhis of Kabir, # 58)

Posted by SantMatRadhasoami at 10:02 AM