Light and Sound on the Path: Sant Mat -- What It IS: Mysticism, Spiritual Love (Bhakti), Gnosticism, Ethics, and Quantum Consciousness

Light and Sound on the Path: Sant Mat -- What It IS: Mysticism, Spiritual Love (Bhakti), Gnosticism, Ethics, and Quantum Consciousness

Sant Mat, What It IS: Death Before Dying -- Die To Live Through Meditation

"In all higher regions, Heaven's Music is the spiritual food." ("The Way Out is IN", by Swami Ram Bihari Lal)

"God is perceivable only through the soul. But our individual soul has become surrounded or covered by several sheaths or subtle bodies [astral, causal, etc...]. So long as it remains in the captivity of these various subtle bodies and the physical body, it will be under the knowledge of these bodies and organs only, will be under illusory knowledge only, and will not be able to realize God. In order to know Him, the Jivatma or the individual soul shall have to liberate itself from these bondages. The one who is able to liberate himself from the body and subtle bodies, is able to lift himself beyond the universe, also."  (from a Satsang Discourse of Param Poojya Shahi Swami ji Maharaj)

"The path leading to God is within your heart. Enter into the ajna-chakra and you will find your Beloved. God is found not in a man-made Ka’ba, but in natural Ka’ba (holy place), within your own heart or self. Turn your attention within. You should listen attentively to the reverberating divine Sound. The celestial Sound is coming to take you back to the Source." (Swami Sant Sevi Ji Maharaj)

"Until the last moments of his life Lord Mahavira inspired many to seek world peace through the attainment of inner peace, and he encouraged people to realize their divine nature. For thirty years he traveled throughout India to spread his message. At the age of 72, on the day of Divali in the town of Pawa Puri, Mahavira ended his worldly journey. In the state of deep meditation he attained nirvana." (Swami Sant Sevi Ji)

"Abhyas [the meditation techniques used by the Path of the Masters] help in withdrawing all the senses and directing them towards concentration.... To fix attention ('Surat' [the attention-faculty of the soul]) on 'Shabd' [the inner Sound Current] and to reach the stage of deep meditation is the main aim of these practices." (Shri Paramhans Dayal Ji Maharaj, The Master's Blessings)

"Listen within day and night; you will hear blissful inner Sounds. Within everyone, reverberates Shabd [Sound Currents], about which no one knows. The Brahmand [cosmos, inner planes] is represented in the body in every respect. Says Tulsi, open your inner eyes, and the Sant will show it to you.

"Glittering Light shines in the region of the Sky, which only a brave one can behold. If one seeks the Truth, one will not go down the transmigratory cycle. If one meets the Merciful Sat Guru, one will come to know of all the secrets from Him. If one renders service to a Sant, he will tell one of the whereabouts of the Abode. Says Tulsi, it is only by being dead whilst alive* that one can find the Perfect Guru." (Sant Tulsi Sahib)

* NOTE: "Being dead whilst alive" or "death before dying": a popular saying used by Sants and Sufi poets espousing the view that rising above body-consciousness or soul travel during meditation practice is a preparation or rehearsal for the afterlife. Hazrat Sultan Bahu: "Let us die before dying, O Bahu, only then is the Lord attained." 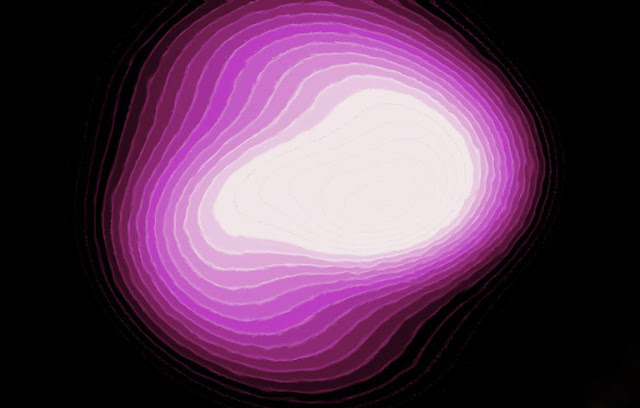 all worship is a burden,

all dancing is a chore,

all music is mere noise.

All the rain of heaven may fall into the sea.

not one drop could become a pearl."

"Only the Name of God can delight the heart;

In return comes nectar filled with the Essential Reality;

The one whose heart and body are lovingly attached

to the Name is drenched in nectar.

The one who is united with the Name remains ever

in love with the Divine Void [sunn, third heavenly realm].

God's servant is intoxicated through and through with

On remembering the Lord's Name,

heart and body dissolve in love and one drinks God's

-- The Gospel of the Guru Granth Sahib,

"By doing Simran when there is this Love between the soul and God Almighty, each cell of our body, each drop of our blood and flesh, all of them get completely soaked in this Love. And, that is how the Love emanates from each and every cell of the body."

"Go on regularly with your meditation practice, keeping your mind and senses undisturbed as far as possible; and trust in the mercy of the Supreme Father to grant you strength gradually as you advance. You will progress inward daily; there is no such thing as retrograde movement." (Huzur Maharaj)

"Everything depends upon the purity of heart, or in other words, upon the degree of affection each one has for Supreme Father and the extent to which he has cleared his mind of all other affections, or to be more clear, the extent to which one has waived away other or worldly affections and given preference to the most holy love of the Supreme Father." (from the Letters of Huzur Maharaj) 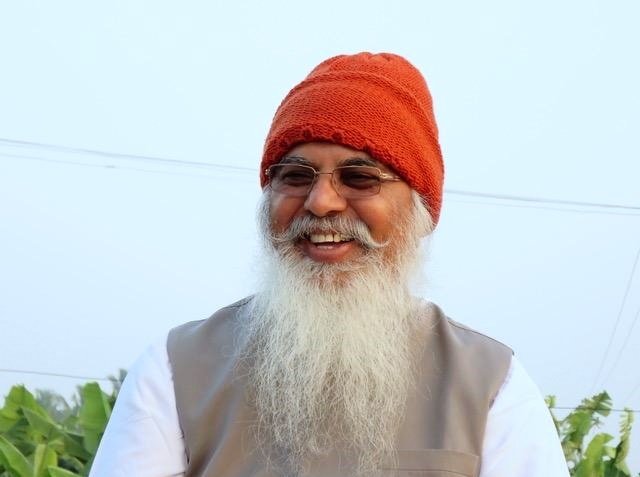 Seeking, Finding, Being Troubled, Then Astonished, Ruling Over the All (Cosmos), Entering Into Rest: "If you are searching, you must not stop until you find. When you find, however, you will become troubled. Your confusion will give way to astonishment. In wonder you will reign over all things, and enter into heavenly Rest."(Yeshua, Gospel of Saint Thomas)

"Seek, all of you, after the Light, so that the power of your soul that is in you may live. Do not cease seeking day or night until you find the mysteries of the Kingdom of Light, which will purify you, make you into pure Light and lead you into the Kingdom of the Light." (Pistis Sophia, the Gnostic Gospel of Faith Wisdom)

"And thereafter came a Light-stream unto me through Thee which saved me; it shone on my left and on my right and surrounded me on all sides of me, so that no part of me was without Light.

"And Thou hast covered me with the Light of thy Stream and purged from me all my evil matters; and I shall be relieved of all my matters because of Thy Light.

"And it is Thy Light-stream which hath raised me up and taken from me the emanations of the Self-willed which constrained me.

"And I have become sure-trusting in Thy Light and purified Light in thy Stream." (Pistis Sophia, the Gnostic Gospel of Faith Wisdom)

Mary Fears Peter But Is Vindicated: "When the First Mystery [Christ] finished saying these things to the disciples, Mary came forward and said, 'My Master, I understand in my mind that I can come forward at any time to interpret what Pistis Sophia ['Faith Wisdom'] has said, but I am afraid of Peter, because he threatens me and hates our gender.'

"When she said this, the First Mystery [Christ] replied to her, 'Any of those filled with the Spirit of Light will come forward to interpret what I say: no one will be able to oppose them.'" (a passage from the Book of Pistis Sophia quoted in, "The Gospels of Mary" by, Marvin Meyer and Esther A. De Boer) 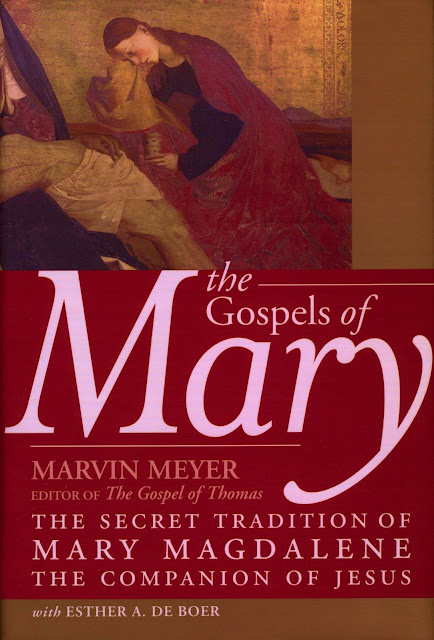 Ethical Foundation of Ahimsa and Wisdom

Thoughts are like seeds that sprout into words and deeds.

"Keeping in touch with the worldly kind of people causes obstruction in practising spirituality. And so, either one should remember the Supreme Self with love [bhakti] or one should render his services [seva] with devotion to saints and sages and keep himself in the sacred company of pious people, i.e. worldly relationships do not help a person develop spiritually, and so one should practice true knowledge in one's life."  (1008 Kabir Vani, Saakhis of Kabir)

"God is not to be learned or studied or discussed or argued about. He is to be contemplated, felt, loved and lived." (Meher Baba) 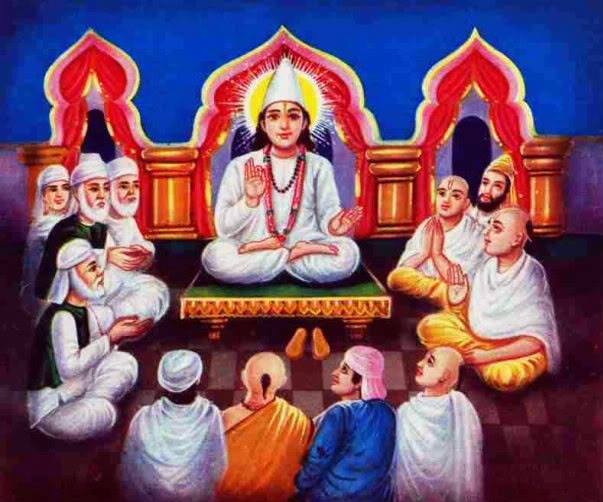 In the area of theological (Science of religion) research, following the architect and biomechanics of human brain, one needs to acknowledge the dynamic possibility of exciting, inducing or setting kinetic quantum conscious neurons through the performance of concentration meditation practices, prescribed as 'SURAT-SHABDA' yoga in the Religion of Saints (more precisely in Sant Mat: Radhasoami Faith) for the awakening of a fairly dormant conscious-spiritual dynamics inside a human mind/brain and transforming it into an enlightened quantum brain.

Quantum consciousness can be understood as a Neuro-Spiritual phenomenon which is inseparably associated and in communion with the dynamic Genetic-physical existence of a human being. The present paper postulates a dynamic hypothesis and scientific exploration of quantum consciousness, it's neural-genetic correlate and the prospect of quantum computation apart from proposing a thrilling prospect of genetic engineering in order to evolve a perfectly compatibility human physical system in communion with the 'quantum conscious spiritual system'.  GO TO:  https://spiritualawakeningradio.com/QuantumConsciousness.pdf 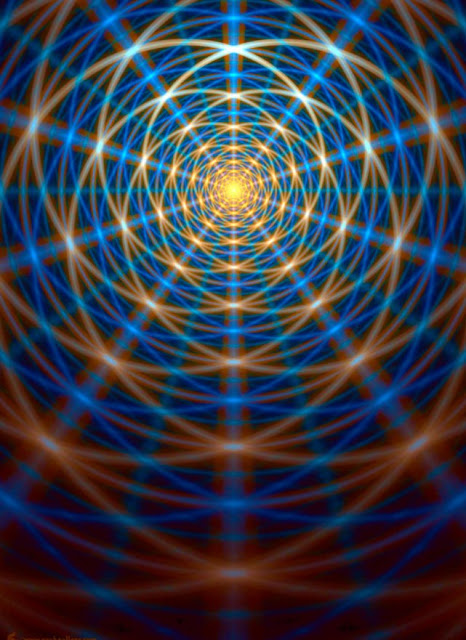 Posted by SantMatRadhasoami at 9:03 AM