Meditation Sangat:
http://groups.yahoo.com/group/MeditationSangat
{"Do not live even a single day without inner
meditation." -- Baba Devi Sahab} 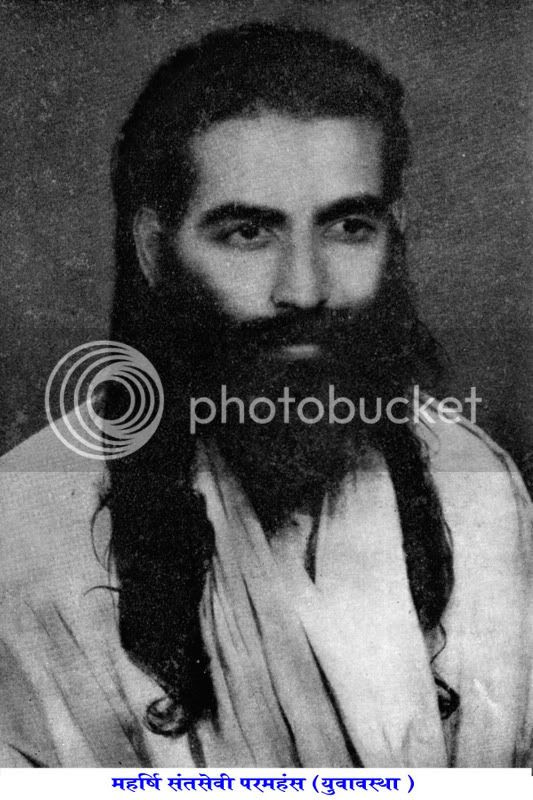 [Verses composed by Maharshi Santsewi ji Paramhans are very few in numbers; in fact, his prose itself had a lucid inimitable poetic style (his discourses left the audience spellbound). Presented below is the English rendering of a Hindi verse, underscoring the importance & the method of meditation, composed by Maharshi Santsewiji Paramhans, the charismatic exponent of Santmat, excerpted from the book titled "Satsang Bhajanawali" compiled by Swami Ashutosh, Editor, Hindi monthly "Shanti Sandesh" (Message of Peace) published by Maharshi Mehi Ashram, Kuppaghat, Bhagalpur, Bihar, India Adaa do drishti sukhaman me, to kaalaa vindu hai nere.

Worship your Guru selflessly; the saviour is alongside you.

Fix your gaze at the Sushumna (the central & the most important one of the three principal or major yogic nerves inside; it plays an important role in the achievement of the Supreme Bliss); a black Point is nearby (comes into sight).

Sparkling brilliant Light that is seen within; ends the kingdom of darkness.

While your gaze is fixed at the Point (refulgent Point viewed inside); you also get to listen to a myriad of Sounds.

Transcending the Five Central Sounds; all the trappings of 'maayaa' (illusion) get shattered.

The fifth Central indescribable Sound (springing straight from Him); takes its listener to the Lord.

Gone is all sense of duality; Gone is the fearful trap of the 8.4 million (species). 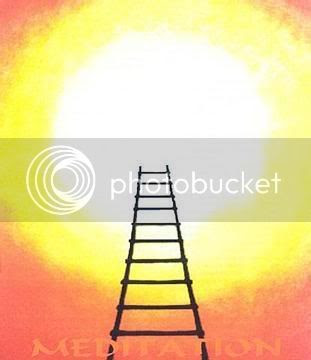