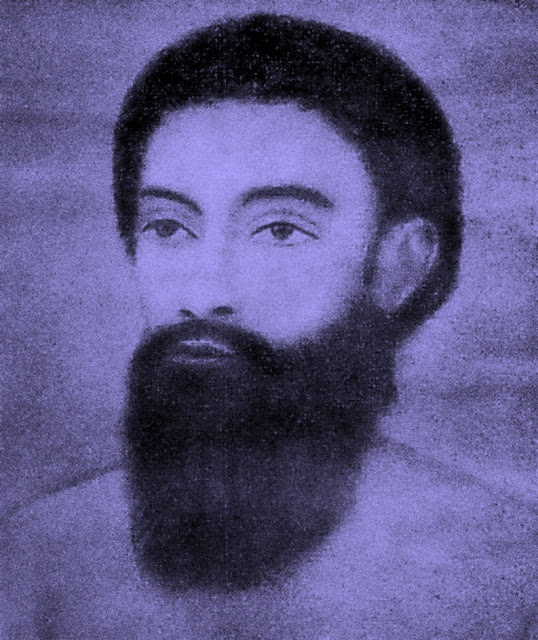 Behold Your Beloved Within

This is one of the few ghazals^ written by Sant Tulsi Sahib. This ghazal was written to explain the esoteric secrets of the spiritual path to a Muslim divine, Sheikh Taqi, who happened to pitch his tent in the neighborhood of Tulsi Sahib’s residence. The Saint impresses upon Taqi to seek God within his own self and not in the world outside. Much of the mystery of the inner realms becomes resolved at the eye center, from where the aspirant commences his spiritual journey.

Listen, O Taqi, seek not thy Beloved in the
world outside;

Within thine own self, behold the splendor
of thy Beloved

In the pupil of thine eye is a mole, wherein
is hidden the entire mystery;

Peep within and behold thou what lieth
beyond this dark curtain.

The secret of the fourteen realms will, for
certain, be disclosed to thee;

Let thy attention not slip, see that thou art
ever vigilant.

Listen! Thou art constantly being called
from the Most High.

There ever beckons thee the voice of thy
Beloved.

It is not meeting with the Beloved that is
arduous;

What is difficult, O Taqi, is that it is hard
to behold Him.

Without the grace of some realized Guide,
says Tulsi,

The path of salvation is distant, beyond thy
reach.

^ A ghazal is a form of lyrical poetry, originating from the Persian literary tradition,  which generally deals with the subject of love. Every two lines of a ghazal are usually complete in themselves.
_____

Cosmic Flight Through the Sound Current

Whose soul is attached to the Word, revels
ever in cosmic flight;

Revels ever in cosmic flight, and realizing the
Lord, plays with Him.

The mystery of the inaccessible and the
secret
of the scriptures he unravels.

He reaches his Home within and its essence
he comes to know;

In the lotus feet of the Beloved he sees
his true destination.

The happily married woman rejoices with her
Spouse every moment, O Tulsi,

For her soul is attached to the Word, and
revels ever in cosmic flight.

Posted by SantMatRadhasoami at 1:49 PM