Sant Mat Fellowship:
http://groups.yahoo.com/group/SantMatFellowship
{"This mysterious path is described in the holy books,
but it cannot be found simply by the study of sacred texts.
It is found by the grace and guidance of an accomplished teacher."}
Radhasoami Reality:
http://groups.yahoo.com/group/Radhasoami-Reality
{Radhaswami Dayal ki Daya Radhaswami Sahai:
"Grant Merciful Radhasoami Thy Grace and Protection"} 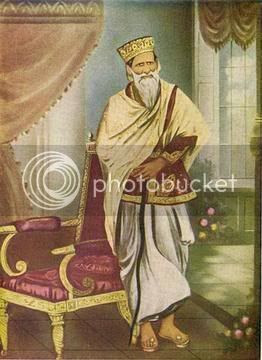 The flute (of the Lord) is ringing or playing (in the inner sky). Sants who practice meditation with focussed attention are able to listen to it. My Guru made me listen to this divine flute, listening to which I was stung or pierced by the arrows of love (towards God). I (the soul) fled rising beyond my body and the Universe and heard an astonishing music never heard of earlier. I pulled or tightened the bow of surat (focussed attention or current of consciousness) and having grasped the Divine Sound met sacred souls. This flute is carved of the flute of sattanaam (holy name, Divine Word, Divine Sound, True Sound or the Truth). I sipped the nectar (which makes one immortal, taking beyond the realms or cycles of birth and death) in the sattalok (Realm of Pure Consciousness, or The Quintessential Unstruck Melody). I am delighted and enchanted by listening to the flute of `Soham' near the Bhanwar Gufa (Whirling Cave or Tunnel – the domain or the realm where the Nature is in its undisturbed state, where all the attributes or qualities of `sat', `raj' and `tam' are in perfect equilibrium balancing each other. This region is also known as `Mahakaran Mandal' (Supra-causal Region) - Translator). Identify the secret of this flute. Meeting (hearing) this is tantamount to discovering the mine or the treasure-trove of Sound. Surat reached the gate where this flute is found, opened the gate and found its own (true, original) home. I listened to the flute played by the sattapurush (God) whose influence is striking. Whoever has reached up to here and listened to this flute has been able to overcome or destroy their ahankaar (ego). Taking care of surat (stream of consciousness) gazing intently with rapt attention, I have obtained the symbol or sign in the form of the Divine Sound. Radhaswami Sahab says that now the pure conscious soul is playing on the playfield of `alakh' (beyond vision, the Unseen) and `agam' (beyond intellect).

Strike a Balance Between the Spiritual Life and the Wordly Life

Strike a Balance Between the Spiritual Life and the Wordly Life 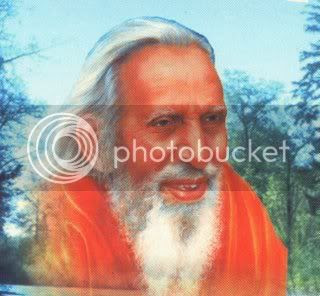 VEDAS AND The Santmat
By Maharshi Mehi Paramhans

TRANSLATION:
May the learned persons, illuminated and rendered more capable owing to acquiring the true knowledge and true justice, attain to the company of the Majestic Supreme Lord or the Most Prosperous Emperor (i.e. God). May the reflective men take on the highest or supreme actions which do not allow their mind to decline or fall down into abominable/despicable/avoidable acts, or, may the reflective and thoughtful people be conscientious, righteous in their actions! May those persons of the highest wisdom attain to the ultimate immortality (freedom from rebirth) reaching into the highest realm of the Supreme Lord by being the best sons or disciples and displaying righteous peace-yielding conduct! Further, may the adept and learned people perform wise actions and being equipped with the best of means perform the highest actions in the most artistic or sublime way! May with their (rightful worldly) actions they make a name for themselves in their country and earn their livelihood!

COMMENTARY (by Maharshi Mehi Paramhans):
This sacred verse counsels one to accept the disciple-hood of a Guru possessing the highest knowledge, and to be righteous in one's conduct so as to attain to immortality by ascending oneself into the loftiest of realms, the realm of God, and also to make worldly progress by being learned, conscientious and adept-at-work thus getting proximity and attracting the attention of the King, the rulers, or the higher authorities. Vedas do not command to devote all the time and resources at one's disposal only to efforts for attaining Moksha (liberation) forsaking the duties towards the nation (and other worldly & household assignments). It instructs to make a balanced progress on both the fronts. That who performs actions as ordained by true knowledge is a Karmayogi; he, having attained the state of equipoise and equanimity, also keeps discharging his worldly duties. But the learning and initiation into the right methodology or way for attaining such a sublime state cannot be possible without humbly seeking the noble company of, and reverence for a Sadguru. Verse 34 of chapter 4, verse 6 of chapter 13 and verse 14 of chapter 16 of the sacred book "Shrimad Bhagvad Geeta" underline the necessity of serving the Guru. Sants have very firmly stressed this need (of serving a Guru). When Vedas, as is obvious from this Veda-mantra, have so clearly laid out the necessity (of serving a Guru), how can any other Holy Scripture speak to the contrary? This mantra orders to progress by harmoniously balancing the two paths - those of this world and the Supreme Cause. Therefore, this hymn can be said to be the primary formula or mantra of Karmayoga (Yoga of action). Shrimad Bhagvad Geeta is mainly a scripture primarily devoted to the Karmayoga.

Karmayoga consists of progressing or marching ahead on the aforementioned courses. Karmayoga can not be accomplished by sacrificing any one of these two. It is absolutely essential that the seeker of Moksha lives and acts in this world adopting the real way of Karmayoga in order to attain his Ultimate goal. That is why, very frequent allusions can be found in Sant Vaani (sayings of Sants) to this golden principle.

Kabir Sahab and Guru Nanak Sahab, in fact, appeared as the most radiant Suns of Karmayoga and taught to the world by setting the loftiest heights of model conduct by their own actions in the world. These Sants, their followers and the Sants who came up subsequently put up with lots of hardships while discharging their spiritual, ethical, social and political duties. Occasionally, as ordained by the need of the hour, they even sacrificed their lives, too, as offerings to the sacred fire of service and thereby attained immortality. Some of their verses are included here:

[O ignorant people! I like that person (or, such a person is dear to me) who brings such fellows back who had strayed away from their homes or had quit their homes. Practice of Yoga as well as enjoyment of objects both is possible or feasible while living at home [being a householder]. Therefore, one should not flee to forests deserting one's home, because where will he take refuge if he experiences sorrow even there in the forests? If Guru teaches the skill to see the unseeable, then liberation may be attained while remaining at the house itself. One should practice meditation to let the soul spontaneously rest in the void. If one shuns the fickleness of the mind, maintaining (mental) aloofness (from the world and the worldly activities), he/she can meditate upon the Quintessential Sound and thus identify or see the Brahma. With his surat deeply immersed in meditation, he can listen to "anahad naad" (myriads of sounds). He lives at home, the main thing (God) is also there at the home and thus it is possible to meet the main thing while staying at home and discharging all household responsibilities. Therefore Kabir Sahab's word of advice is: O Noble Man! Stay back at your homes the way you are.]

[O Revered Being! A Yogi lives all alone. He does not have anything to do with pilgrimages, penitence, fast, or religious fairs. He does not have (or require) bag or begging-bowl or purse, does not apply bhasma (ashes or cinders) on his body. He blows or plays the pipe or flute of myriads of sounds (that is he practices the Yoga of Sound). He does not make his livelihood out of begging, nor does he sleep hungry. He earns his bread by truthful means living as a householder. He runs the family of five persons (i.e. keeps his body under rightful restraint). Kabir Sahab says that I am the disciple of the Guru of such a person (as described above in the poem). Such Yogis, says Kabir Sahab, have gone to the Mokshadhaam (the Liberated Kingdom) and won't come back again in the fair of this world.]

[Yoga does not consists in various tantrums, flaunting or show-offs such as wearing on a ragged garment, walking with a flagged stick, applying 'bhasma' (ashes or cinders) all over or part of the body, wearing coin-shaped ear rings (trying to look like sadhus of Gorakhpanthi Sect), clean shaving one's head, playing musical instruments such as those played by fakirs, living in a hut erected on or near the cremation ground or graveyard, mocking postures trying to be seen like a Yogi in trance, by doing hectic pilgrimages, or by taking dips in holy rivers or sacred water bodies at places of pilgrimages etc. God who is beyond all the domains & versions of 'Maya '(illusion) pervades the illusory creation and can be found by learning the right technique of Yoga. All the ties or bondages of confusion, doubts or apprehensions get broken or destroyed upon meeting a True Guru (Master or Teacher) and one begins to live properly abstaining from all the crazy acts as mentioned above, or running after illusory transient pleasures. Guru Nanak advises us to practice Yoga so sincerely that we die while we are still alive (i.e. walking within to move or rise beyond all the gross, astral, causal and supra-causal bodies and mastering all our organs by making these detached from their objects of senses). When we get to listen (in our inner sky) to the enchanting notes of the various musical instruments, we attain to the fearless state (free from the fear or risk of falling back into the unending traps of births & deaths). God who is above all sorts of illusions pervades & permeates all through the illusory world and can be found within by learning the right technique of Yoga.]

[Such is the greatness of the Guru that (the disciple) attained to the perfect state of liberation even while living with the wife & sons (leading family life).]

[Nanak says meeting Sadguru (the disciple) masterfully learns the right technique of living, so that he attains Moksha even as he gets everything needed for enjoyment & playing, wearing (cloths), and eating.]