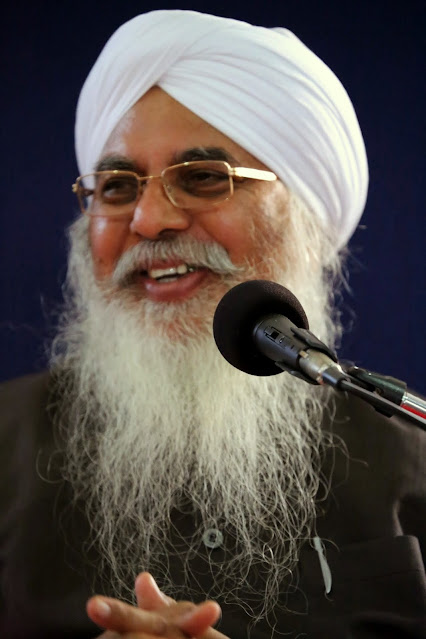 SWAMI JI MAHARAJ HAS WRITTEN in His Bani, There are two types of Naam. One is Varnatmak * and the other is Dhunatmak **. Varnatmak Naam is that which can be seen, written, or read and spoken. The other Naam is Dhunatmak Naam, which is praised in all the Banis of the Masters.

This Dhunatmak Naam is the Sound Current that is emanating from God Almighty and coming via all the planes down and then it is resonating in all the chakras in the body.

However, the Dhunatmak Naam has been created by God Almighty and that is resonating within all the life forms.

The names that are given during the initiation, these are the names of the holy Lords of the higher planes. These names are also within the Varnatmak Naam and they are also subject to destruction. During initiation, the Masters connect us with the Sound Current within. And when our intellect ceases, and our talking and seeing and all the other faculties of the mind cease, then we are able to manifest that Sound Current and get connected within. That very Sound Current manifests in the Radiant Form of the Master and It shows the Path, and It takes the soul back, plane-by-plane, to God Almighty.

So, the Masters are also Sound Current and the Sound Current is connected plane-by-plane to go within back to God Almighty. All the other mantras, tantras, and everything else that we do, all those give us mystic powers also and, to an extent, they give us the pleasure of being in Kailash, Vaikuntha, or heaven, but none of them are able to give us salvation. It is only the Sound Current, which gives us the salvation.

When all these munis who have done their meditation, or they have done their austerities and they have gained a lot of positive karmas, they are given the benefit of that by being given a place in heaven or Kailash or Vaikuntha. Now when that power of austerity or those karmas come to an end, then they’re sent back again to this earth where they again get under the influence of the mind and do karmas and go back into the chaurasi.

We are currently in this human physical body, and because we are in this physical body, to address the mind, we have to take the help of a physical nature. That is why the Simran given to us is in this form. It is in the Varnatmak Naam. And it is with this Simran and the contemplation of the Form of the Master that we are able to go to the Tenth Door ****. And when we get out of this physical body then, within, we are connected to the Sound Current. After that, this Simran and this Varnatmak Naam that has been given to us does not help further. It is only the Sound Current then that takes the soul within.

We are indeed fortunate to have the company of the Masters and Their Teachings, and They have given us initiation. Now, it is necessary for us, therefore, to do as much Simran and meditation as possible and stay connected so that we can go within and get connected to the Sound Current as soon as possible.

So, the atmosphere is very calm and quiet and we should also make the most of it. So, close our eyes and sit for meditation.

* Varnatmak Naam: Descriptive name; spoken and written names like mantras, the words given for Simran

** Dhunatmak Naam: Shabd; that Name which cannot be spoken or written; Word of God

*** Pind: The physical plane; Pind, And, and Brahmand form the three worlds of Kal's creation

And, Anda: Astral Realm; lit. “Egg”, second subdivision of Brahmand; lies between the Physical Plane (Pind) and the Causal Plane (Brahm); contains the regions of all gods and goddesses

Brahm, Brahmand: The Causal plane between And and Par Brahm; Lit. “Egg of Brahm” because of its egg-like shape

**** Shiv Netra: Lit. “Eye of Shiva”; the Third Eye; Eye of Knowledge; Tisra Til; Seat of the soul; located between and behind the two physical eyes

Posted by SantMatRadhasoami at 9:29 AM