The glittering Point between the two eyebrows is visible, O devotees! Closing your eyelids, try to see,
Let the two currents of Light converge at the central Point of the eyebrows,
Fix your gaze and cross your bodily sphere and enter the Egg of the Universe; The sky, studded with stars, looks so wonderful,
Light, like the earthen lamp, is visible that eliminates the darkness of the closed eyes,
The incomparable Moonlight, unique in itself is spread in all corners;
And the Light of the young Sun also radiates beautifully,
Surat [the attention-faculty of the soul], with its spiritual vision, catches the multiple Sounds without being impaired,
0 individual souls! catching these Sounds with Surat-like rope, walk along the final Abode, which is one's Real Home;
Mehi has revealed this mystery, the Quintessential One,
One, who serves Guru without any guile, has no difficulty in reaching the Real Home.

0 my mind! While awake reside in the third eye,
With the help of Drishti Yoga [Inner Light Meditation], leave and soar up into the Internal Sky;
The two currents of vision of the physical eyes including your own self,
Are to be joined in front of the darkness of your eyes, that is, the Point between the two eyebrows,
At this Point the two currents are to be strongly fixed,
Thus entering into the tenth door, fly into the Internal Firmament,
Mehi says with the help of Drishti Yoga [Yoga of Light],
Leave your body,
Fly like a bird and catch the live currents of both Light and Sound.
(from the Padavali of Sant Maharshi Mehi Paramhans) 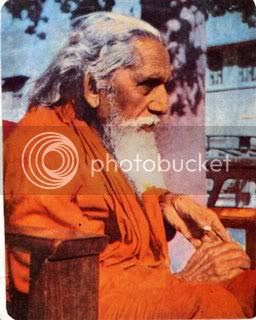 Note: Below is excerpted from a spiritual discourse of Parampoojya Shri Shahi Swami Ji Maharaj, the seniormost disciple alive of Maharshi Mehi Paramhans ji alive, delivered at the Satsang Hall of Maharshi Mehi Ashram at Kuppaghat, Bhagalpur, Bihar, India on 27.05.1979 on the occasion of the Weekly Satsang. The original Hindi version of the discourse provided by Ms. Pooja Rani, the moderator of the yahoo group "Santmat_Parivar" http://groups.yahoo.com/group/santmat_parivar

Upward movement during inner meditation takes us into the Realm of Light. That Light is of the God Himself. He alone, who walks within, sees that Light. It is not so that he receives merely Light; he perceives Sound, also. Taking support of inner Light & Sound, the soul attains to its origin i.e. God. Light is the left hand of the God, while Sound is His right hand. The practitioner, who gets hold of both these hands, can not be separated from Him even if such a person is bombarded with hand grenades and bombs. These two – Light & Sound – are obtained by walking within. This, in fact, is the true bhakti' (devotion or worship) of God. In this bhakti, one has to practice to concentrate, to shrink. For practicing shrinking, Sant Kabir Sahab has said,

[Making the eyes into a room and the pupils into the bed, I hung the curtain of the eyelids (i.e. closed the eyes) and thus pleased, delighted or charmed my Lord. (This, in fact, is a clear hint for practicing the Yoga of Light.)]

That is, we should make a room of our eyes, and should hang or drop down the curtain of our eyelids to still the pupil. In short, the Lord has to be enchanted by closing down our eyes (and gazing fixedly as taught by the Master). But when (and how) the pupil will become still or stationary? It is when you focus or concentrate it over a Point (an entity which occupies no space or has no expanse). It is for this very reason that 'Vindu Dhyaan' has been taught. This very thing has been referred to as firm practice of one element ('ek tattva dridhaabhyaas') in Muktikopanishad:

That means that unless the mind has been conquered completely, one should try to control one's senses overcoming the chitta and ego completely by firm and rigorous practice of (concentration over) one element. Once this happens, all the indulgences and lust & cravings get destroyed in the same way as the lotus gets destroyed in the Hemant Season (cold season normally spanning from Mid November to Mid January in the Indian Subcontinent). Attain single pointedness (complete unwavering concentration, or fixed gazing at a perfect point), and you will transcend beyond cravings for the sensual pleasures, luxurious life or licentiousness. Goswami Tulsidas ji has written in his book "Vinay Patrika" :

[So long as our own heart is not illuminated, and yearning for objects of senses linger in us, opines Tulsidas, the 'jiva' (individual soul) shall have to wander in the various species in this world and shall never attain true bliss even in its dreams.]

[Cravings bring or drag the surat (un-liberated individual soul) into this world, while the Sound (the Quintessential Unstruck Melody) takes us beyond or back to its true or original home. The surat becomes still (becomes free from movement into endless cycles of birth and death) as it gets acquainted with or meets Him. Guru has taught me (says Kabir) the technique required or the art for this (making the surat still).]

When our sight becomes fixed, the World or Domain of Light opens up, spotless Sun is seen. And, thus, "rain andheree mit gayee, baajai anahad toor" (The dark night has come to an end, and countless varieties of enchanting Sounds are heard reverberating.), as described by Sant Kabir, is realized in practice. The art to this practice is secret (has to be learnt from an adept Master or Guru). However, obstinacy won't help here (It is to be noted here that obstinacy is distinct from tenacity of purpose– Translator). For this, one has to begin with 'Maanas Jap' (also, Manas Jap) – reciting, with full concentration, the Holy Mantra given by the Guru – and then has to internally visualize the physical form of the Guru (known as 'Maanas Dhyaan' or Manas Dhyan). Maanas Jap puts a brake on the restlessness of the mind, whereas Maanas Dhyaan orients the mind in one particular direction, and, thus, one becomes introverted. 'Drishti Saadhana' or Drishti Sadhana (The Yoga of Light, which has to be practiced after Maanas Dhyaan) helps accomplishing the single-mindedness and one can testify to the veracity of the Sants' claim "Vindu me tanh naad bolai" (Naad or Sound reverberates in the Light or Vindu). 'Naad Dhyaan' enables one to realize God, the Supreme Sovereign Soul. This is what Sants and Great Souls teach. 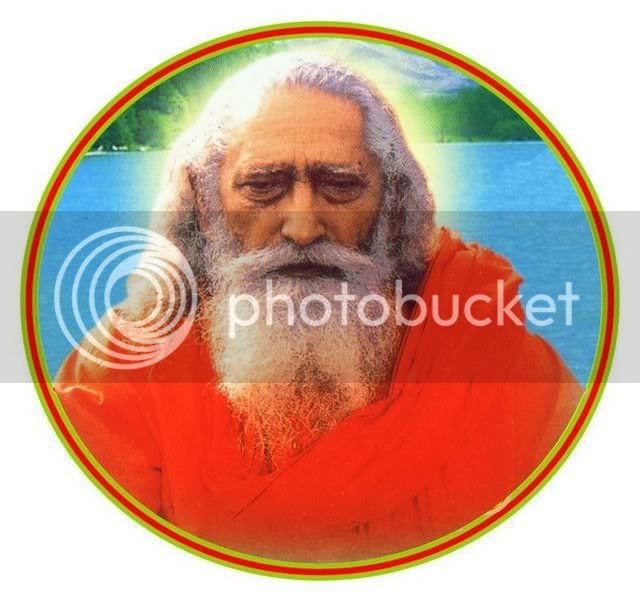 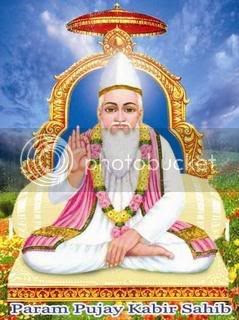 Other than God who can remove the suffering of humanity? Whenever and wherever distress assails his devotees, there and then God presents himself. But if one is full of ego, then he suffers heavily. If he is humble then he gets positive rewards. If he is always engaged in devotion meaningfully, he will remain free of hypocrisy. If the devotee is humble and feels the pangs of separation from God then God takes care of him.

Prayer of Guru Kabir: With folded hands I pray: hear, O Ocean of Mercy! Grant me the gifts of compassion, humility, knowledge and happiness, in the company of the Saints. Kabir with thoughts fixed on Thy lotus feet prays, 0 Guru! tell me about the True Path of the Saints.