Still Your Gaze at The Door in the Inner Sky!

Still Your Gaze at The Door in the Inner Sky!

Sant Mat Fellowship:
http://groups.yahoo.com/group/SantMatFellowship
{"Repeat the Name of your Beloved, day and night, again and again. With care in thought, word and deed, you will cross to the other shore." -- Dadu}
Radhasoami Reality:
http://groups.yahoo.com/group/Radhasoami-Reality
{Radhaswami Dayal ki Daya Radhaswami Sahai:
"Grant Merciful Radhasoami Thy Grace and Protection"} 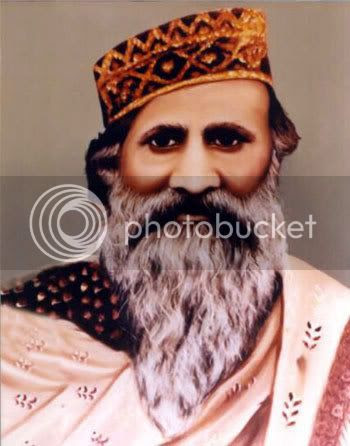 [Fix or still your gaze at the door in the (Inner) Sky,|

So as to grasp the (Quintessential) Sound perceiving which puts all the worldly troubles to an end (the botheration of the world can end, in true sense, only if the cycle of rebirth is got rid of or transcended.)||

Learn, O Inexperienced, the secret of the Sound.|

Why do you remain lost in the illusory traps of the mind? ||

Draw or collect your attention, or current of consciousness, and look attentively at the `Til Dwar' or `The Third Eye'. |

(When the surat gets focussed at the Bright Point inside), a Stream of Sound is heard coming from the right direction. ||

(The sound emanating from) the left direction is the snare or web of Death.|

Listen with love to the Sounds of the Gong/Bell and Conch.|

Beyond that is (heard) the resonating `OM' Sound. ||

(Subsequently,) Hark to the `Rarankaar' Sound in the Realm of "Shoonya" (Void). |

Melody of the Flute (is heard) in the "Bhanwar Gufaa" (whirling/spiralling cave). ||

Listen to the enchanting lute in the Realm of Sattalok (The sphere of pure consciousness, of Quintessential Sound).|

Nothing can be said to be of the Sound in the Regions of Alakh and Agam (According to universally agreed opinion of Santmat and the Upanishads, beyond the zone of sattalok, lies the infinite realm of "nihshabdam paramam padam" or, the Highest/Ultimate State of Soundlessness. It is this very state that is being alluded to here). ||

Radhaswami says, he has thus clearly explained all the secrets. |

Hold that dearly within your heart.||]

Behold the banks (realm or sphere) of `Shabd' within your `ghat' (body). |

Catching hold of `Shabd' after `Shabd' see the Lord ||

`Shabd' enables to obliterate or erase the result or effect of our actions. |

One `shabd' naturally leads to another `Shabd'. ||

Any knowledge without knowing, or in the absence of, or excluding `Shabd' is false knowledge or ignorance. |

All meditation that excludes `Shabd' is hollow, or incomplete meditation. ||

Do not ever, therefore, forsake the `Shabd', You Ignorant Being! ||

To understand the true import of "shabd shabd se jay milaave" (one `Shabd' leads to another `Shabd') of Sant Radhaswami Sahab, the following excerpts from a discourse of Maharshi Santsewiji would be of help:

"Whoever sincerely practices the inner meditation comes to experience Light within. First he sees the Light and then he hears Sound, too. Sound has a natural & inherent property of attracting or drawing the listener towards its source or origin. One who is capable of grasping the Sound springing straight from God Himself gets naturally drawn to Him.