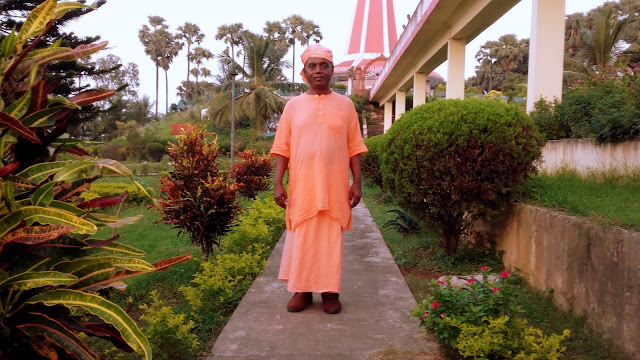 Maharshi Mehi -- The Bridge Between Hindu Scriptures and Sant Mat

"Sant Tulsi Sahab of Hathras, Uttar Pradesh, India undoubtedly occupies the most pre-eminent position in the lineage of Sant mat and can be said to be the First Saint in the glorious tradition of Modern Age Sant mat. Mr. James Bean, who has made an intensive study of Sant Mat and runs several groups on Santmat very rightly depicts Sant Tulsi Sahab as the “Adi Guru of many if not most all contemporary Santmat guru-lineages, the grandfather or founding-father of modern-day Santmat” and as a “connecting link between the classic Sants of India including earlier Masters in the Kabir lineage, and contemporary Santmat”, and advocates that “any serious study of Santmat teachings must include the hymns and spiritual discourses of Sant Tulsi Sahib”.

"While Sant Tulsi Sahab laid the foundation of the Santmat tradition of modern times, it was exquisitely served and enriched in a unique way by Maharsi Mehi Paramhans ji Maharaj. Maharshi Mehi was a direct disciple of Baba Devi Sahab of Muradabad, Uttar Pradesh, India who had special blessings of Sant Tulsi Sahab...

"...The greatest and most unique contribution of Maharshi Mehi was that he brought together, bridged the gulf that had come to separate not only the Holy Scriptures [of Hinduism] and the Santmat but also the different traditions or sects of Sants from each other."

"...Notice that by expanding its conventional definitional identity, Santmat communicates experimental dharma in this tradition. It recognizes sants, religious leaders, and prophets, such as Kabir, Shri Ramakrishna, Ramana Maharshi, Lord Mahavira, the Buddha, Lord Krishna, Lord Rama, Jesus Christ, Sufi mystics, and Guru Nanak, as seekers of Truth having practiced the inner path of Divine and Light and Divine Sound in order to attain spiritual liberation or unity with the Supreme. Simultaneously, the tradition affirms both lay and monastic practitioners’ inherent ability—irrespective of caste, ethnicity, and gender—to experience the inner truths through the initiation into the meditation of Divine Light and Divine Sound. It is intriguing to witness how female followers of the tradition, who might live in the gendered world of social constraints, equally participate in the inner world of spiritual experiences. Thus, the circle of experimentation continues through teachings and experiences.

"At the same time, Santmat affirms the often-overlooked connection between Sanātana Dharma and Santmat. Various teachers of the tradition systematically analyze Hindu texts (Rāmāyana, Mahābharata, and Purānas) to show the four principles of Santmat integral to the Vedic Dharma or Sanātana Dharma. Maharishi Mehi extrapolates the mystical essence of Hindu texts while simultaneously rejecting the dogma and rigid customs of Hinduism. In an interview James Bean, who has been involved with the study of various Sant traditions, surmises:

'Maharshi Mehi Paramhans and other Sants of India have been in the cultural context of Hinduism what Sufis, Gnostics, and Christian Mystics have often done in relation to their respective traditions: focusing on the esoteric passages contained in their scriptures. They find mystic jewels or gold embedded in the “mud” of tradition, including references to the all-loving God beyond space, form and ritual. While not paying much homage to institutions or outer temples made of wood and stone, they make the heart of their message a contemplative meditation practice that promotes the exploration of inner space in the “temple” of the human body'...

"What is unique about Maharshi Mehi is that he methodically demonstrated the roots of the Sant teachings in the ancient scriptures of Sanātana Dharma in his compendium, Satsang Yoga. By providing texts from the Vedas to modern sant traditions, he challenged those views that situate Sant traditions outside of Sanātana Dharma. In his article, Singh (2013) writes about Maharshi’s efforts to prove the unity between Santmat and Sanātana Dharma. Maharshi Mehi’s compositions, including Ved Darshan Yoga (the Philosophy of Vedas), Shri Gita Yoga Prakash (the Light of Gita Yoga), and Ramcharit Manas Sar Sateek (The Essence of Ramcharit Manas), aim to render the essence of these texts consistent with the principles of Santmat (guru, dhyān, satsang, and sadācar) in an accessible language. Likewise, his writings emphasize the nirguṇa -- attribute-less, formlessness of the Divine -- but did not reject saguna bhakti (meditation on guru) as a means to reach the nirguna. Maharshi Mehi also composed a compendium of verses Padavali, which are reminiscent of medieval sant poetry. Men and women sing these verses in their daily practice."

-- fair use quote above excerpted with permission from, Professor Vina Rani Howard, The Modern Monastic Santmat Movement of Bihar: Building Bridges between Sanātana Dharma and Sant-Mat, published in the International Journal of Dharma Studies (2017)

* Seeking information on how to be initiated into the meditation practice (the Inner Light and Sound of God), or trying to locate a satsang meetup in your area? Email me here:
James (at) SpiritualAwakeningRadio (dot) com

God is the Ocean of Love.

Posted by SantMatRadhasoami at 6:24 PM 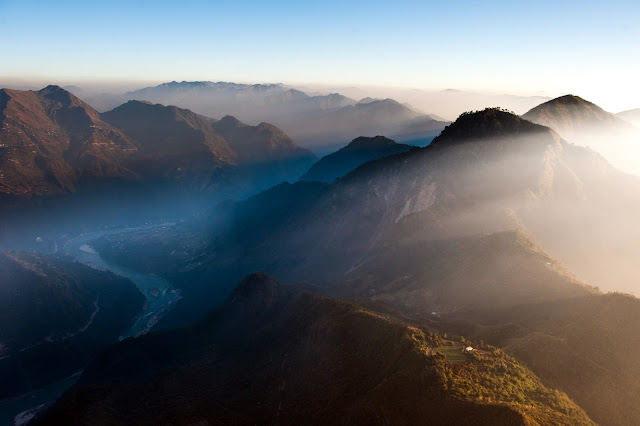 "Just as the water of the river find peace in union with the ocean, in the same manner when the soul unites with God, duality disappears, and the soul becomes tranquil. The river is no longer a river -- it becomes the ocean. When the soul (atman) is united with the One or God it is no longer an individual soul (Jivatma), but it is the Supreme Soul (Paramatma). This is the highest state of achievement and bliss: the state of complete unity of the Soul and God."

Long-separated Rivers and Streams Will Reunite One Day, Hymn of Guru Nanak: https://www.youtube.com/watch?v=wXLNuVLuVBg&index=226&list=PL9B1AF14F9E5BD556&ab_channel=RajKaregaKhalsanet

Posted by SantMatRadhasoami at 9:44 AM