Studies in the Sar Bachan Radhasoami Poetry, Volume One, by Soamiji Maharaj (In Three Translations)

Studies in the Sar Bachan Radhasoami Poetry, Volume One, by Soamiji Maharaj (In Three Translations) 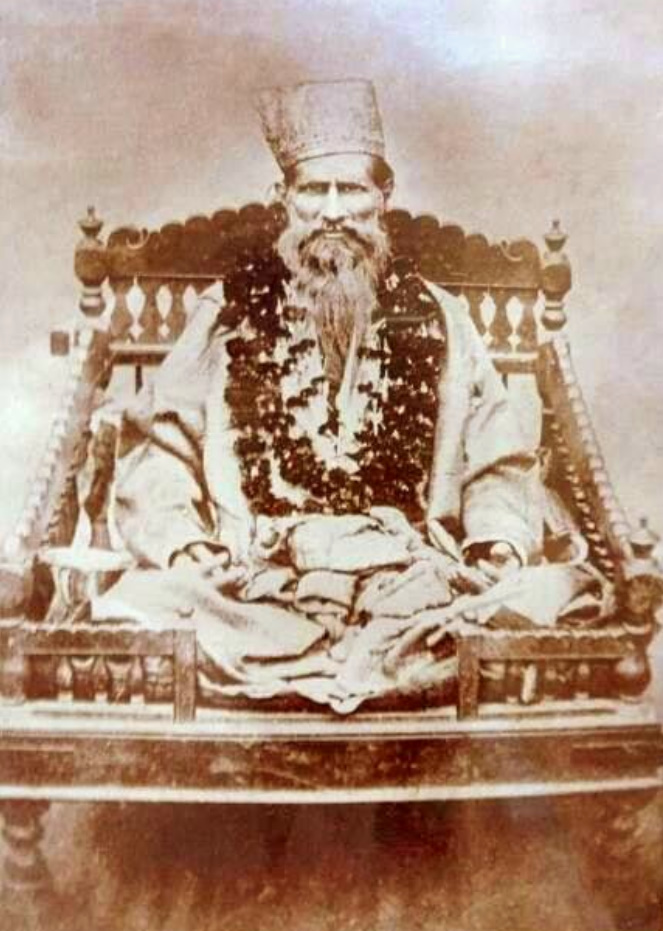 Characteristics of a Perfect Guru and True Parmarthi [Seeker of Spirituality*]

*For a more complete definition of Parmarthi, and other mystic terms,
see the Glossary of the Radhasoami Faith:
https://archive.org/details/GlossaryOfTheRadhasoamiFaith

The relationship between Guru and Chela, as is prevailing in the world, is all hypocritical.
(1)
To whom should I speak? Nobody is sincerely engaged in search. All are drifting in the current of deception.
(2)
The Guru hankers after money, name and fame. The Chela, for his selfish ends, has got himself tied to the so-called Guru.
(3)
The true path of Surat Shabd remains concealed.
(4)
Both Guru and Chela are imposters and hypocrites. Both will go to Chaurasi.
(5)
If one comes in contact with a Guru who is an embodiment of Shabd and an adept in the practice of Surat Shabd Yoga, one can get across.
(6)
A true Chela (disciple, pupil) is he who is Suratvant (i.e., whose Surat or spiritual force is emerging) and a true lover of Supreme Father.
(7)
Such Guru and Chela are rare indeed. By Mauj [Divine Will] alone can they meet.
(8)
If a Guru is not conversant with the secrets of Surat Shabd, renounce him forthwith. It will be a good riddance.
(9)
Radhasoami says that if you understand these discourses, your task can be accomplished.

In this fleeting and transitory realm (jagat) the conduct of relations between the guru and the disciple is lackadaisical, lacklustre, artificial, false and pretentious. Whom shall I speak to? Nobody seeks sincerely and everyone is drifting along the current of deception, fraud and skulduggery. The “guru” is sinking into the well (pit) of greed and hankers after power, name and fame, and the disciple is tied up with selfishness and self-interest (swarth). (In these circumstances) the true and right way of the Surat-Shabd-Yoga has gone into hiding. As it is, the guru as well as the disciple, both being hypocrites, pretenders and impostors, become dead-set for going into chaurasi.

It is only when one gains access to a guru who is of a piece with Word (Shabd) and is the practitioner of Surat-Shabd-Yoga, that one may sail across (this tumultuous ocean of mind and matter) and become redeemed. A disciple, properly so-called, is one who becomes aware of the identity of his surat (as emerging from the jaws and claws of mind and matter) and is inflamed in love for the Supreme Lord and the Sant Satguru.

Now, it is extremely rare indeed to come by such a guru (who is of a piece with Word and is a practitioner of Surat-Shabd-Yoga) and such a disciple (who is suratvant and anuragi); such a guru and such a disciple meet each other by Lord's dispensation (never through publicity, propaganda, use of force and application of pressure, or by fraud). One who styles himself as a guru but is devoid of the experience of Surat-Shabd-Yoga is no guru at all; leave him straightaway; that will be good riddance (removal of something unpleasant undesirable and unworthy). Radhasoami says: “Comprehend this discourse so that your spiritual mission could be accomplished.”

A debased version of the spiritual teacher and disciple relationship
has spread across the world.
Whom should I tell? No one bothers to investigate.
All are drifting with the currents of deception.
Spiritual teachers are motivated by greed and self-promotion.
Disciples adhere to the teacher for selfish-ends.
The genuine path of Surat Shabd Yoga is eclipsed.
Through their deceit and hypocrisy
both Guru and disciple will go down
into the mire of birth and death.

If one were to met a Guru
who practices Shabd
and who is the essence of Shabd,
one would sail across the ocean of existence.
A spiritually conscious disciple with true longing
will dedicate himself to the practice of Naam.
Rare is such a Guru, rare such a disciple,
and rare indeed is the combination --
an occasion of pure grace.

Discard the Guru who doesn't follow Surat Shabd
and free yourself from evil.
Radhasoami has explained it all.
Understand his message
and fulfil the purpose of your life.

Posted by SantMatRadhasoami at 11:34 AM