Sant Mat History: Maharshi Mehi – The Bridge between Scriptures and the Santmat

Maharshi Mehi – The Bridge between Scriptures and the Santmat

Sant Tulsi Sahab of Hathras, Uttar Pradesh, India undoubtedly occupies the most pre-eminent position in the lineage of Santmat and can be said to be the First Saint in the glorious tradition of Modern Age Santmat. Mr. James Bean, who has made an intensive study of Santmat and runs several groups on Santmat very rightly depicts Sant Tulsi Sahab as the "Adi Guru of many if not most all contemporary Santmat guru-lineages, the grandfather or founding-father of modern-day Santmat" and as a "connecting link between the classic Sants of India including earlier Masters in the Kabir lineage, and contemporary Santmat", and advocates that "any serious study of Santmat teachings must include the hymns and spiritual discourses of Sant Tulsi Sahib". 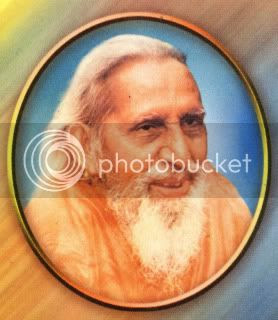 While Sant Tulsi Sahab laid the foundation of Santmat tradition of modern times, it was exquisitely served and enriched in a unique way by Maharsi Mehi Paramhans ji Maharaj. Maharshi Mehi was a direct disciple of Baba Devi Sahab of Muradabad, Uttar Pradesh, India who had special blessings of Sant Tulsi Sahab. Before I proceed further, I wish to place on record that I have a firm opinion that all true saints are equal, as they all have by dint of their rigorous meditational practices raised their consciousness to merge into that of, and, hence, have become one with the Absolute Power, God. I, thus, have (and all of us should have) equal admiration and respect for all the saints (Lord Buddha, Lord Mahaveer, Shankaracharya ji, Ramanand ji, Kabir Sahab, Guru Nanak, Tulasi Das ji, Tulsi Sahab, Baba Devi Sahab, Dadu Dayal ji, Sundar Das ji, Swapach ji, Radhaswami Sahab ji, Rai Bahadur Shaligram Sahab ji, Ravidas ji, Ram Krishna Paramhans ji, Swami Vivekanand ji, Kamaal Sahab, Tukaram ji, Jagjivan Sahab, Palatu Sahab, Gorakhnath ji, Shiv Narayan Swamiji, Dariyaa Sahab (Bihari), Dariyaa Sahab (Marwari), Soordas ji,Dharani Das ji, Garib das Ji, Yari Sahab ji,Doolan Das ji, Gulal Sahab, Brahmaanand ji, Keena Ram ji, Charandas ji, Sahajo Bai, Shabri, Mira bai, Maharshi Raman, Rumi, Bulla Sahab, Guru Gobind Sahab etc. etc.) whichever sect or panth they are from (in fact, the saints did never form or even propose to form any sect or panth, it has always been formed & promoted – sometimes chauvinistically – by their followers; the saints have always been much beyond sectarianism). So whatever I propose to say about Maharshi Mehi in the following paragraphs must not, in any way, be construed to put him above or below other saints or to undermine the importance of other saints. All saints have, in all times, made the noblest efforts to uplift the human kind from their woeful state of being attached to the illusory duo of the body & the world.

The role of Maharshi Mehi was, however, arguably unique in one sense. All saints, as has been underscored above, are equal as they have become one with Him. However, the worldly roles played by different saints of different times have been different depending upon the place & time of their appearance and the then prevalent social milieu. Saints like Shankaracharya, taking the support of Holy Scriptures (some of these being the same Scriptures which were used by Dualists), established the supremacy of Monist or Non-dualist Philosophy. Many other saints like Kabir, Nanak etc. preached to the world, on the basis of their own direct spiritual experiences, the evanescence, the impermanence of this illusory creation (the attachment to which is the prime cause of our sufferings & endless wanderings through 8.4 millions of species) and exhorted us to practice non-detached way of living and steadfast meditation so as to liberate ourselves of the countless cycles of birth & death. They also made valiant efforts in fighting & eradicating social evils and religious parochialism which were rampant in their times. Some of their teachings, however, also conveyed the impression, falsely though (because such impressions were based on faulty interpretation of their sayings), that all the intellectual exercises such as studying of numerous Scriptures were futile and as such of no avail, rather impediments in the path of liberation. In due course of time an apparent scenario emerged wherein the Vedas and Scriptures (composed by Rishis of ancient times) and popular Saints, who generally preached in commonplace languages and local dialects, came to be seen, as it were, to be in direct opposition to each other. The wisdom of Upanishads was unfortunately conceived to be contrary to the teachings of the modern saints, and the hiatus between the two appeared to be widening with time. It was then that Maharshi Mehi rose to the occasion realising the dire necessity to bridge this gap which was unreal, fabricated, and being made more permanent so to say. He decided to make an in-depth study of the four Vedas, various Upanishads, commentaries on these Scriptures by the various scholars, and the sayings of the saints ranging from the time of Lord Buddha to that of Radhaswami Sahab and Baba Devi Sahab. He very meticulously & diligently examined the quintessence, the underlying postulates of all these, and came up with a sound conclusion that there is no inconsonance whatsoever between the wisdom of the Ancient Scriptures and the Sermons and discourses of saints of modern saints, that both unequivocally convey the same central idea or message. He wrote several books to lend credence to his inferences. For example, he authored "Veda Darshan Yoga" (meaning the Philosophy of Vedas) and showed how the ideas contained in the hymns of Vedas are in agreement with the precepts of Santmat. He also wrote a commentary on Srimad Bhagvad Gita titled "Shri Gita Yog Prakash" and thereby clarified and removed several of misinterpretations of the shlokas contained therein. He also wrote "Ram Charit Manas Saar Sateek", a commentary on the Rama Charit Manas composed by Goswami Tulasidas ji wherein he has rendered wonderful explanations & expositions of several couplets & quartets to bring out their hidden metaphysical meanings which are extremely edifying & rare to find, even though scores of commentaries on Ram Charit Manas by several scholars have been written so far. His commentary on the Ghat Ramayan of Sant Tulsi Sahab of Hathras named "Bhaavaarth Sahit Ghat Ramayan Padaavali" is a must read for any spiritual seeker. He compiled shlokas, along with their translation from authentic sources, from a number of Upanishads to prove how identical &consistent they are with what saints, some of them formally illiterate at that, have said or written from their own experience. Finally he decided to take upon himself the herculean task, in which he was very ably assisted by his dearest disciple & successor Maharshi Santsewi ji, of collating the teachings of Vedas, Upanishads, renowned commentators such as Bal Gangadhar Tilak, Mahatma Gandhi etc, and saints together in one place, in the form of one great book titled "Satsang Yog" divided in four parts. Part Four of the book contains his own conclusions and the accurate road map depicting, with the accuracy & precision of a scientist, the various stages of spiritual meditation and the spiritual states experienced by the sincere spiritual seekers on the way to perfection which means actual merger of the individual soul into the Absolute Entity called God just as a river merges its identity wholly with that of a sea losing its own individuality in the process. Here he has explained, with striking clarity, the order in which different planes of Universe (viz., Shabdaateet Pad, Hiranyagarbh, Bhanwar Gufaa, Mahaashoonya, Shoonya, Trikuti, Sahastradal Kamal , Ajnaa Chakra and the other chakras) came to be created by and from God and which are realised directly by the saadhak (practitioner) during his meditation. The spiritual cosmology sketched by him, again with the able assistance of Maharshi Santsewiji, is perhaps the clearest and the most elaborate available anywhere wherein the equivalent names of different levels of creation used by Sufi Fakirs also have been included. The clarity and the confidence with which he describes the experiences of a spiritual practitioner during meditation which includes seeing different lights & innumerable cosmos through the inner eyes and listening, through inner ears, to myriads of sounds (such as those resembling notes of various musical instruments & thundering of clouds) culminating in grasping of the Quintessential Unstruck Melody known as Anaahat Shabd or Saar Shabd which leads unto the Kingdom of One & the Only Almighty, is unparalleled and leaves the reader assured that these are the words backed by direct, first-hand experience of a saint. Satsang Yog – Part IV, in fact, reads like a systematic scientific documentation, a research thesis.

As the gist of the whole of his intensive research into literature and his own direct experience, he made a loud & confident proclamation that the scriptures and saints are essentially in unison and that any view to the contrary is wholly unfounded and worthy of rejection. He firmly opines that one has to accept the Upanishads as the base, the foundation of the Santmat because the most sublime and the loftiest of the meditational techniques known as Naadaanusandhaan or Surat Shabd Yog (The Yoga of Divine Sound) in which Santmat takes utmost pride, have been scintillating in all their splendour resting on this very terra firma called the Upanishads since times immemorial.

Thus, the greatest and most unique contribution of Maharshi Mehi was that he brought together, bridged the gulf that had come to separate not only the Holy Scriptures and the Santmat but also the different traditions or sects of sants from each other.

His great work was extended further by his greatest disciple and worthy successor, Maharshi Santsewiji, who tried to carry forward the syncretistic philosophy to a global scale. He studied all the major religions of the world in depth, sifted their essence or spirit and established the underlying unity & harmony among all of them above board. In his extraordinary book "Sarva Dharma Samanway" which has been beautifully translated by Mrs. Veena Howard, Santmat Society of North America (http://thewayofsages.com), by the name "Harmony of Religions", Maharshi ji has emphatically proved this harmony, citing convincing references from various religions viz. Vedic Religion, Christianity, Islam, Buddhism, Jainism, Sikhism etc. Mr. James Bean has done a lucid review of Mrs. Howard's Translation.

In the light of the above, it is my considered view that any sincere seeker who wants to delve deep, look into the heart of the Santmat, must undertake a serious study of Maharshi Mehi Paramhans' works, and that any scheme of syllabi of a course on Santmat, if one were to be ever attempted, will have to include Maharshi Mehi's Sahitya (literature). Maharshi Mehi Paramhans would always be remembered in the annals of history of humanity in general and Santmat in particular for having built the bridge between the Scriptures and the Santmat.