Only Then Something is Accomplished

Only Then Something is Accomplished


"The Shabd [Divine Word or Sound] is the basis of all true religions, for religion means 'that which connects us with the Lord.' All forces of nature are sustained by the Shabd....Like electricity, Shabd, whether manifest or unmanifest, pervades everywhere. It is all-powerful and is the Creator of all. In the scriptures of all religions, Shabd is recognized as the Creator of the universe." (Huzur Baba Sawan Singh)

"Shabad is the Creator of the whole universe. It is also its operator. It is this very Word which produces Sound behind our eyes. When we get the initiation from a Saint, practice Naam simran to retrace our consciousness from toes to a spot behind the eyes [3rd Eye], only then something is accomplished." ("Anurag Sagar", Volume I of III, Maharaj Baba Kehar Singh's Commentary)

The Seven Principles of Sant Mat

The Seven Principles of Sant Mat,
By Swami Sant Sevi Ji Maharaj
Harmony Of All Religions 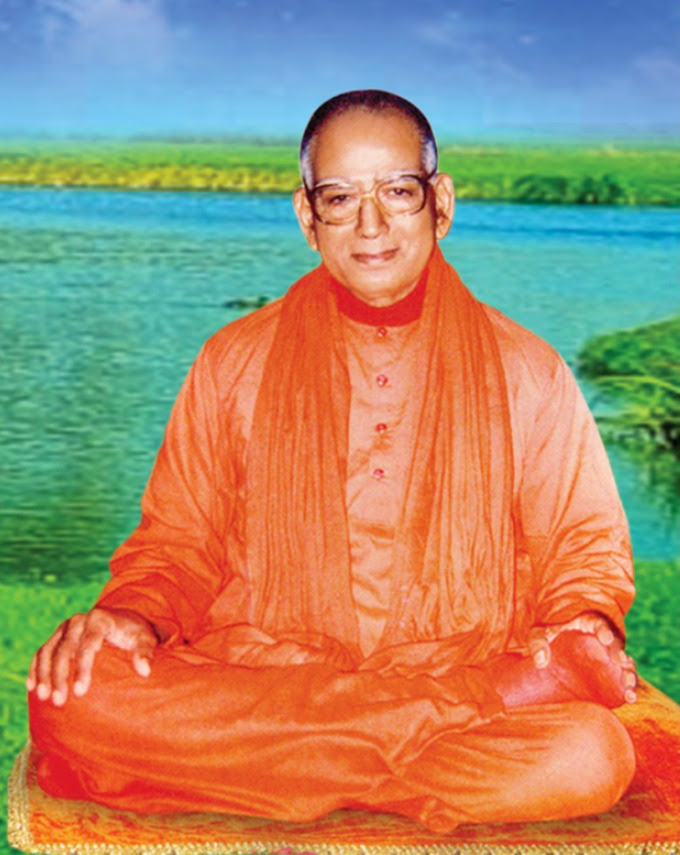 1. Ultimate Reality is beyond any beginning or end, infinite, beyond birth, beyond the senses, all-pervading yet even beyond pervasiveness. It must, therefore, be understood as the Supreme Being. This Essential Element is known in Santmat [the Teachings of the Saints] as the Lord of All and is the foundation of all things. This Being is beyond both the inanimate and animate aspects of nature. It is without qualities and beyond qualities. Its nature is infinite, imperishable, all-powerful. It is beyond time and space, beyond sound and beyond form [is Formless: Nirguna]. It is the One without a second. The Supreme Being is beyond the scope of the mind, the intellect and the senses. This entire universe is powered by the energy of this Being. This Being is not human. It is not manifested in physical form. It has existence beyond the illusion of maya [illusion], and there is nothing that exists outside of it. It is the Being which is eternal and is in existence from the beginning. Santmat considers this Being to be the Divine Reality, and this [knowing or merging with] Being is the goal of all spirituality.

2. The individual soul is an inseparable part of the Supreme Being.

3. The physical world of nature was created. It has an origin and an end.

5. By practicing devotion through these four techniques -- Mānas Japa ([Simran], recitation of the divine name), Manas Dhyāna ([Dhyan], focus on the divine form), Driśti Sadhana ([Yoga of Inner Light], focus on the infinitesimal point), and Nadanusandhana Yoga ([Surat Shabd Yoga], concentration on the inner divine sounds) -- the practitioner consecutively transcends the realms of darkness, light, and sound which cloak the Supreme Truth -- the Divine Reality. Only in a human body an individual soul is able to achieve unity with the Divine. [In other forms of existence, animal, etc., it is not possible to tread the spiritual path.]

6. Lying, stealing, intake of intoxicating substances, adultery, and violence (including harming other beings) are the five sins to be avoided. Eating meat or fish is also considered to be a form of violence and should be avoided. The aspirants of Santmat must abstain from these vices.2 (2 Note: In Buddhism these five abstinences are known as the Panch Shila (the Five Precepts).

7. The following are considered to be the requirements for the attainment liberation: (A) Trust and belief in God; (B) Commitment to seek the Divine within; (C) Devotion and service to a sadguru -- spiritual Master; (D) Satsang, listening to the teaching and spiritual discourse including study of the Teaching of the Saints and the scriptures; and (E) Dhyana, diligent meditation practice.