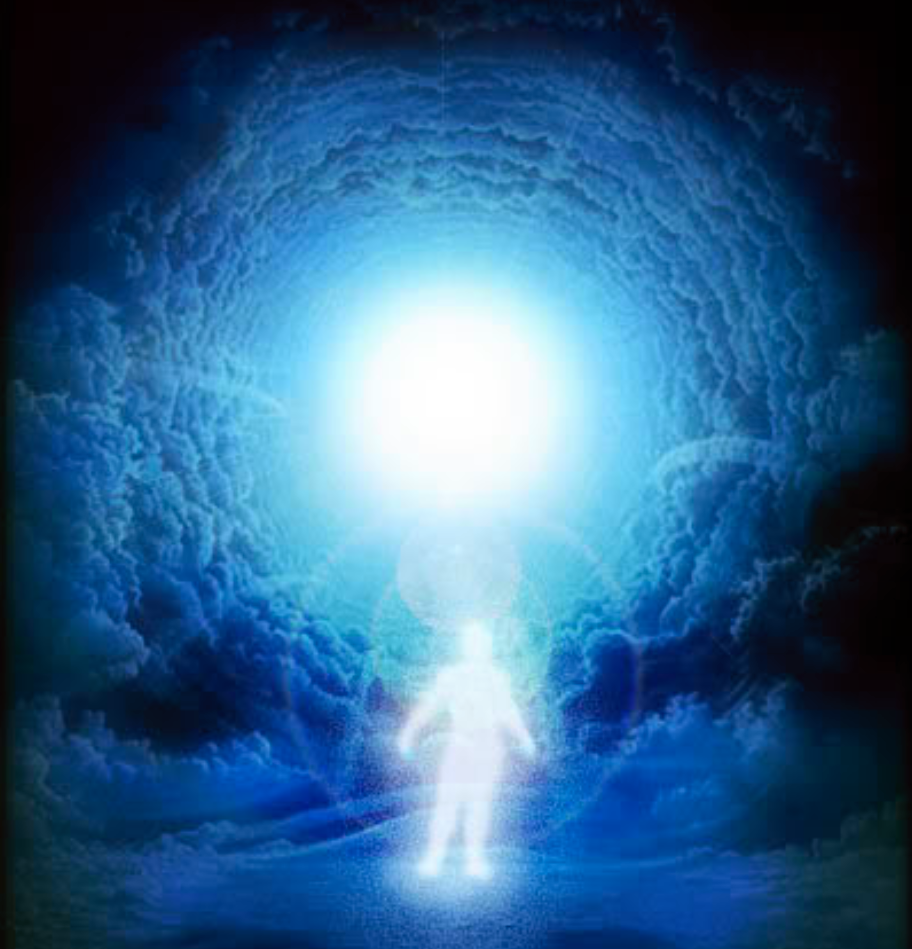 THE FIFTH THROUGH EIGHTH REGIONS

8) Anami (Nameless Realm), Radhasoami Lok -- Radhaswami Dham -- The Abode of the Lord of the Soul, The Most High, Ultimate Reality, "The Eighth" -- Ocean of Love -- Upper Level of Kaivalya known as Shabdatita [Sabtatit] Pad -- Beyond the Sound and Light, the Ultimate Reality of God in the Nirguna or Formless, Soundless State

"In summary, one grasps the central Sounds of the lower realms and progressively is drawn upward to the Sounds of the higher realms. Ultimately, one reaches the center of the Original Sound, the Essential Divine Sound, and thereafter attains the Ultimate State, Sabdatita [Sabtatit] Pad (the State beyond the Sound). The Yoga of Sound [Surat Shabd Yoga Meditation] must be practiced in order to attain the Nameless State. This is fully elaborated and described in the Upanishads and literature of the saints. The Yoga of Sound is the only medium to reach this State, no other. The greatest good is in the attainment of the Ultimate State, the Nameless State." (Maharshi Mehi Paramhans, Philosophy Of Liberation)

"The State beyond Sound is acknowledged in the writings of saints as the goal of their teachings. In addition, their writings accept Manas Japa (repetition of a Divine name [simran]), Manas Dhyan (concentration on a form of the Divine), Drshti Yoga (fixing the mind on a Point [accessing the Third Eye Center and inner Light]) and Nada-nusandhana (concentrating on the inner Sounds of the different spheres) as means to reach the Soundless State. These four techniques are therefore essential in Sant Mat." (Maharshi Mehi Paramhans, Philosophy Of Liberation)

Swami Ji Maharaj says, "From one step to another the soul beholds strange things which cannot be described in human language. Every region and everything is utterly beyond words. What beauty and glory! How can I describe them? There is nothing here to convey the idea. I am helpless... Love plays the supreme part. It is all love. So says RADHASOAMI." (Sant Radhasoami Sahib)

"The nature of the soul (atman) draws us upwards and inwards and establishes us in our own true nature. Returning to our origins involves turning inward: withdrawal of consciousness from the senses and the sense objects in order to go upward from the darkness to the realms of Light and Sound. [We experience this phenomenon of withdrawal as we pass from waking consciousness to deep sleep.] Another way to express this is to go inward from the external sense organs to the depth of the inner self. (Both of these expressions are the metaphors that signify the same movement). The natural tendencies of the soul (atman) are to move from outward to inward. The current of consciousness which is dispersed in the nine gates of the body and the senses, must be collected at the tenth gate.

"The tenth gate is the gathering point of consciousness. Therein lies the path for our return. The tenth gate is also known as the sixth chakra, the third eye, bindu, the center located between the two eyebrows. This is the gateway through which we leave the gates of the sense organs and enter in the divine realms and finally become established in the soul. We travel back from the Realm of Darkness to the Realm of Light, from the Light to the Divine Sound, and from the Realm of Sound to the Soundless State. This is called turning back to the Source.

"This is what dharma or religion really intends to teach us. This is the essence of dharma." (Swami Santsevi Ji Maharaj, Harmony Of All Religions)

God is the Ocean of Love and All-Consciousness.

* Become a Friend and Supporter of Spiritual Awakening Radio. There's a Donate Button on this page:

Posted by SantMatRadhasoami at 11:34 AM